First ever in AP – wives’ kidney swapped in transplant procedure

The first ever swap kidney transplant was recently performed on two patients at CARE Hospital in Hyderabad. Their wives donated the kidneys which were swapped and transplanted to each other’s husban

The two recipients, M.M. Baig and Devidas, could not receive kidneys from their respective wives because their blood groups did not match. Baig’s blood group was ‘B positive’, while his wife Ayesha’s was ‘A positive’. The blood group of Devidas was ‘A positive’ while his wife Nirmala’s was ‘B positive’. Both the patients were on regular dialysis treatment at the hospital for many months. Also Read - Top Delhi surgeons under police scanner in international kidney racket

‘Hence, we planned to swap the donors. Baig’s wife was planned as donor to Devidas and vice-versa. After we suggested to the couples and got their consent, it took us more than a month to get the required permission from the government,’ said Dr Vikranth Reddy, Head of the Department of Nephrology. Also Read - World Kidney Day 2019: Dealing with dialysis

‘Swap Transplant also known as paired donor exchange takes place when two kidney recipients essentially ‘swap’ kidneys from willing donors. The cases of Baig and Devidas best enunciate how swap transplants can help expand the donors’ pool in the country. We are happy that the patients and prospective donors agreed and are well on their way to recovery and leading happy and healthy lives,’ Dr Rajsekhar Chakravarthy said. Also Read - World Kidney Day 2019: How this year’s theme aims at tackling the economics of renal diseases

‘About four to five lakh people are admitted for dialysis every year to Indian hospital, out of which only one per cent or 4-5,000, undergo transplant mainly due to legal hurdles and organ shortage,’ Reddy said. According to him six per cent of the population suffered from kidney diseases. The transplant was carried out on November 7. Doctors feel that swap kidney transplants could also help in overcoming organ shortage in India.

Dr Rajsekhar Chakravarthy said that 228 kidney transplants were conducted at Care Hospitals since 2004. In 90 per cent of the cases, the donors were family members. In the rest of the cases, kidneys were taken from cadavers.

Why is Manisha Koirala in the hospital?

Malda crib deaths: What is the state health department doing? 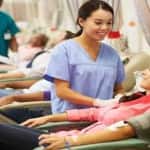 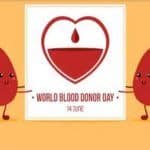 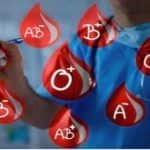 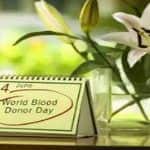