Finland is considered to be the country where mothers enjoy the best conditions in the world, according to a worldwide report. The annual report -- State of World's Mothers 2013 -- was issued Tuesda

Finland is considered to be the country where mothers enjoy the best conditions in the world, according to a worldwide report. The annual report — State of World’s Mothers 2013 — was issued Tuesday by an international NGO ‘Save the Children’, reported Xinhua. The report has a ranking list of Mothers’ index, showing the conditions of mothers in 176 countries — where mothers fare better and where they face more hardships.  Among the reviewed countries, Finland was ranked the best country for being mothers followed by Sweden, Norway, Iceland and Holland, and Democratic Republic of Congo was considered to be the toughest place. Also Read - Want to boost your premature babies' growth? Try this nutrient supplement

The mothers’ well-being was assessed under five indexes, including maternal health, child mortality, education, working income and political status. According to the annual report, one in thirty pregnant women in DR Congo died from maternal causes, while in Finland the ratio was only one in 12,200.  As for education, women in DR Congo were likely to be educated for 8.5 years, compared with 17 years in Finland. Also Read - Babies born to mothers with HIV have higher risks even though they’re HIV negative

Nearly 43 percent of Finnish parliamentary seats were held by women, whereas the ratio in DR Congo was only 8 percent.  Although Finland did not perform the absolute ‘best’ in each index, it became the only country with all five indexes ranking among the top 12.  China ranked the 68th place, the best ranking among the major emerging developing countries.  The international NGO ‘Save the Children’, established in Britain in 1919, is devoted to promote rights, provide relief and give support for children in developing countries. It has published the annual report of State of the World’s Mothers since 2000. Also Read - What should you do if you have missed an MMR vaccination for your child? 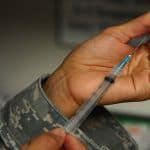 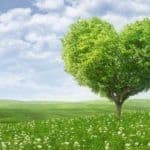 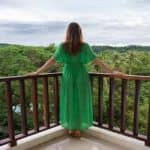