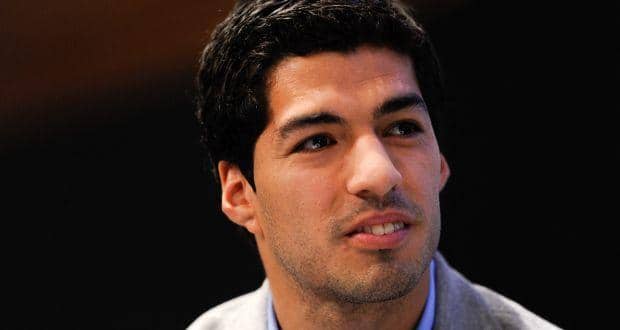 Despite his recent knee surgery Liverpool ace Luis Suarez has reportedly been named in Uruguay's 23-man World Cup squad and the striker is hoping to play in his country's opening Group D match against Costa Rica on 14 June. Suarez, who underwent an operation on 22 May to repair meniscus damage, had told his Liverpool teammate Glen Johnson that he thinks he would be 'OK' for the game against England on 19 June.

According to BBC, other players who have made it to Uruguay's 23-man World Cup squad include Liverpool defender Sebastian Coates, Southampton midfielder Gaston Ramirez and West Bromwich Albion defender Diego Lugano, all three of which are Premier League players. Uruguay coach Oscar Tabarez has also named former Manchester United player Diego Forlan as a part of his squad and this would be the striker's third World Cup, having played and scored in both 2002 and 2010 tournaments, the report added. (Read: 7 tips to protect your joints while running)

The Uruguayan squad is: