It's been more than two years since Sanjay Maru completed his MBBS course from a medical college in Mumbai. Despite enrolling himself at a coaching class and devoting at least 18 hours a day for two c

Tags: In the news  MBBS  Medical education  PG Medical  Save the Doctor

It’s been more than two years since Sanjay Maru completed his MBBS course from a medical college in Mumbai. Despite enrolling himself at a coaching class and devoting at least 18 hours a day for two consecutive years, getting a postgraduate (PG) seat is still a distant dream for him. Also Read - Ganesh Chaturthi 2020: 4 reasons an eco-friendly Ganesha is good for you

Sanjay is now preparing for the next exam on his own as he couldn’t ask his parents for giving Rs 60,000 coaching fee. He says, At 26, I am still a jobless man with total uncertainty about my career and life. While all my childhood friends completed their engineering degree, draw Rs 6-8 lakh salary and got married too.’ (Also read: Save the Doctor: Medical students rally for more post-graduate seats) Also Read - Cabinet approves new commissions for Indian System of Medicine and homoeopathy

He doesn’t know how to handle the taunts when people ask his parents: Why is he sitting at home despite being a doctor?

Over 47,600 MBBS students graduating every year from 381 medical colleges across the country undergo the same stressful-uncertain phase of their life. Reason: There are just 22,500 postgraduate seats for which they all have to fight, this includes the candidates passed in previous batches. Over 6,000 seats lie in non-clinical subjects like forensics, anatomy, physiology and biochemistry which don’t interest youngsters due to less return .

The aspirations are rising. No one wants to become a family doctor . A postgraduate degree brings better opportunities just like any other sector.

Otherwise you will end up being a registrar or a doctor at a primary health centre forever without any chance to climb the ladder, says Charudutta Arora, an intern from Topiwala Nair Medical College who led the protest in Mumbai on August 26.

The students say, The state can’t shirk its responsibility to meet the aspirations of citizens and also it can’t deprive one section.
They point out it hurts more when other professional disciplines like engineering have surplus seats. The pain spikes when you learn the US has 19,000 undergraduate and 32,000 postgraduate seats. The UK too has similar ratio. (Also read: Interview: Why you need to Save the Doctor )

Not surprising, over 1,000 MBBS students leave India every year for further studies, cities union health ministry. Indian Medical Association (IMA) puts the figure at 8,000 annually. Majority of them never return. Many join management and other courses and leave medical profession in frustration.

Medical education is driven in the opposite way in India and the US. After independence, India adopted undergraduate education as the basic education based on Dr Joseph Bhore Committee’s report. The committee was set up in 1943 which emphasised the need of basic doctors to tackle the health issues (Communicable diseases which can be managed by basic doctors) prevailing those days.
The MCI-Vision 2015 report submitted in 2012 after 66 years of Bhore’s report also emphasises on basic doctors though the country now faces non-communicable and lifestyle diseases more than communicable ones.

The Vision 2015 document reads, The goals of the MBBS training programme are to create doctors with requisite knowledge, skills, attitudes, values and responsiveness, so that they may function appropriately and effectively as a basic doctor, physicians of first contact for the community in the primary care setting both in urban as well as rural areas of our country.

The healthcare policy of the United Kingdom and the United States is based on postgraduate doctors. Only specialist doctors are employed in national healthcare scheme there.

Lokmanya Tilak Medical College dean Dr Avinash Supe, who was part of the MCI committee which prepared Vision-2015, justifies, We can’t compare India with the developed countries who spend 10-15% of their budget on healthcare. Our health budget is just 1.3% and for more postgraduate seats, we need more professors, super-speciality hospitals and beds. He says India also has a large number of diploma seats.

MCI’s another decision to make it mandatory to complete the one-year rural stint before appearing for PG is another blow for doctors. The lack of coordination among government agencies is so much that soon after the MCI announced this rule, it emerged that states like Maharashtra don’t have any posts available at PHCs. The anomaly is yet to be sorted out giving aspirants sleepless nights.
It takes years to clear the exam so making the rural stint a pre-condition is scary. Instead it could be added with the PG course. Then a large number of specialist doctors would be available at primary healthcare centres, says Shweta Lonamdakar, a final year student at Nair hospital. (Also read: Medical students protest against rural posting)

Charudutta says, Doctors have a bad name in society. The government also blames us for avoiding rural postings. But most of the PHCs lack basic facilities. At least 25% of PHCs in Jharkhand has no access to roads, 34% don’t have drinking water and 45% of PHCs in Assam has no electricity supply, 78% of PHCs in Bihar have no phone connection. We want to serve the people but please provide us basic facilities.

The Union ministry of health and family welfare has now mooted a plan to increase the UG and PG seats. It aims to add 38,431 seats in the MBBS and 22,806 seats in the PG streams by 2021, up 92.45 per cent and 102.75 per cent, respectively. The move also aims to fill the doctor-patient gap. Moreover, the current doctor-patient ratio in India is 1:2,000 while developed countries like the US has 1: 700. Some cosmetic changes like calling a diploma holder a specialist and two-year degrees as M Med is also on the cards.
However, it fails to cut ice with the students. What about current students? Are we destined to this fate? Still there has been no effort to remove the disparity between the PG and UG. (Save the doctor: The burden of being a doctor)

The doctors blame ad-hocism for the mess. For the last two years, MCI is being governed by handful of nominated members which can’t take major decisions. Elected board will have freedom for such reforms, says Dr Shivkumar Uttare, senior IMA member and honorary professor of Grant Medical College. IMA is backing students movement so as Association of Healthcare Providers. 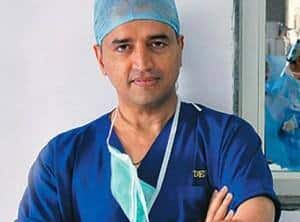