Scientists have found that faulty genes precipitate bowel cancer risk in families which have a history of this condition. Researchers from Oxford University and The Institute of Cancer Research, Londo

Scientists have found that faulty genes precipitate bowel cancer risk in families which have a history of this condition. Researchers from Oxford University and The Institute of Cancer Research, London, found everyone who had a faulty gene ‘POLE’ or ‘POLD1’ developed bowel cancer or had a precancerous growth in the bowel. The researchers further looked at 4,000 people with bowel cancer and 6,700 healthy people. Also Read - Role of hypertension drugs in colorectal cancer treatment

Neither of the faults were found in people without bowel cancer, while 12 people with the POLE gene were found in the bowel cancer group and a person had a POLD1 gene fault, according to the Telegraph. POLE and POLD1 are involved in scanning and repairing damage to DNA, removing incorrect sequences from the DNA chain. Without them, affected individuals build up damage in their DNA which can cause bowel cancer. The POLD1 fault was also found to increase the risk of getting womb cancer and possibly brain tumours with seven people in the study being diagnosed with womb cancer and one developing two brain tumours. Also Read - Effective treatment for rare lymphoma may be here soon

Richard Houlston, professor from The Institute of Cancer Research said: ‘Uncovering gene faults like these two is extremely important, as inherited susceptibility plays a role in the development of about a third of all the cases of Colorectal Cancer.’ ‘This is one of the most important discoveries in bowel cancer genetics in years. It should allow us to manage families affected by inherited bowel cancer much more effectively, and it offers new clues for the prevention or treatment of all forms of the disease,’ Houlston concluded. Also Read - Researchers develop new tool for performing cancer liquid biopsies 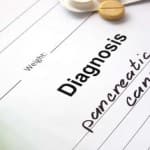 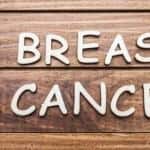 Is cancer in your genes? Live a healthy lifestyle to reduce your risk of breast cancer