Faster stroke treatment in the offing

Scientists have now created a new vision test that tracks the response of stroke patients to different colours and assesses which part of the brain has been damaged – increasing the chances of survival. Strokes are the world’s sixth commonest cause of death, accounting for almost five percent of all fatalities, according to WHO figures. Also Read - Grab the tiny window of opportunity to recover fully after a stroke

The test requires patients to look into a device for about 10 minutes, enabling it to be used in the early stages of a stroke – even if the patient cannot move their limbs or speak, the journal Investigative Ophthalmology and Visual Science reported. This can help doctors diagnose and treat the stroke quickly and accurately, which is vital, as early treatment can greatly improve a person’s chances of survival and recovery, said Corinne Carle and Ted Maddess, professors at The Vision Centre of The Australian National University. Also Read - Analysing patients shortly after stroke can help link brain regions to speech functions: Study

‘Our new test automatically tracks the response of the patient’s eye pupils to different colours, and can show doctors whether the injury is located in the evolutionarily ‘new brain’ or the ‘old brain’,’ Carle said, according to a Vision Centre statement. ‘The distinction is important because the ‘old brain’, or midbrain, controls things like the heart rate and blood pressure of the body. So if you find that the midbrain has been damaged, you’ll need to treat the patient much more aggressively, because there’s a higher risk of death.’ Also Read - Stroke patients may recover faster with music therapy, says study

On the other hand, an injury in the ‘new brain’ – the cortex – may cause permanent blindness in a part of the person’s visual field, or difficulty in their thoughts, speech and movement, but has a lower risk of death, she added.

Polio campaign to administer drops to over 700,000 children in Himachal 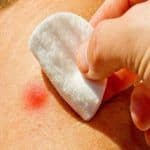