Long-term exposure to radiation at the workplace may play havoc with your sperm quality, says new research by Indian medical scientists. A team of fertility experts, led by Manipal University professo

Long-term exposure to radiation at the workplace may play havoc with your sperm quality, says new research by Indian medical scientists. A team of fertility experts, led by Manipal University professor of clinical embryology Satish Adiga, analysed sperm quality of 83 men working for three to 18 years in diagnostic or radiation units at various hospitals. Also Read - Ganesh Chaturthi 2020: 4 reasons an eco-friendly Ganesha is good for you

The results were compared with 51 men, also working in hospitals with a similar lifestyle but not exposed to radiation, US journal Public Library of Science ONE reports. The men’s semen quality was tested for sperm number, vitality, shape and its DNA quality. The amount of radiation absorbed by health workers was also correlated with sperm quality. Also Read - Sperm don’t swim, but they rotate like a spinning top: New study

Manipal researchers found more abnormal characteristics in the sperm of men exposed to the radiation, such as decrease in sperm motility, altered shape and vitality. Sperm motility is the ability of sperm to swim properly towards an egg, a factor in successful fertilisation and pregnancy. Also Read - 7 reasons why the #BeefBan is good

‘If the sperm DNA is not maintained in a right manner, it could impact the next generation’s health,’ Adiga told IANS.

‘Human testicles produce millions of sperm cells daily, out of which only one sperm fuses with egg and makes the embryo. The genetic material (DNA) is tightly packed in the sperm cell, susceptible to damage,’ said Adiga.

‘A little damage is normal, as is seen in the sperm of fertile men. But if the damage reaches high levels it can lead to problems. The mature sperm has no capacity to repair the damage and if such sperm cell fertilizes the egg, the damage can be transmitted to the resulting embryo and baby,’ said Adiga.

‘Though we did not find increased incidence of infertility and miscarriages in these workers, the genetic and epigenetic abnormalities observed in the sperm are serious concerns,’ said Adiga.

Epigenetic abnormalities are abnormalities induced by the effect of environment on the expression (functioning) of genes, which in this study refers to the prolonged exposure to radiation.

Adiga pointed out that the sperm DNA could be damaged by factors such as smoking, environmental toxic materials, chemicals, lifestyle and lately by radiation, as their research revealed. Manipal University pro-Vice Chancellor and professor of preventive medicine and public health H. Vinod Bhat said: ‘This is an important observation and there is a need to review our exposure protocols and make sure that the health of professionals and their children are not compromised.’ 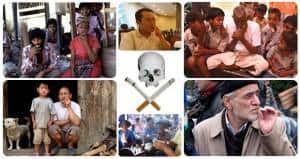