Timely vaccination of birds and animals, access to standard laboratories and maintaining bio-security are among the measures required to curb the sporadic outbreak of bird flu in India's northeast, sa

Timely vaccination of birds and animals, access to standard laboratories and maintaining bio-security are among the measures required to curb the sporadic outbreak of bird flu in India’s northeast, says a team of international and Indian experts touring the region. Experts of the Food and Agriculture Organisation (FAO) and India, who are on a five-day visit to Tripura to probe the causes of frequent bird flu outbreaks, have asked the northeastern states to maintain stipulated protocols to stop the contagious disease from resurfacing. Also Read - Bird flu or Avian Flu: 5 important facts you must know about

“The FAO and Indian experts have also suggested reaching out to common people with scientific methods of protection of poultry farms, birds, ducks and poultry products,” Tripura’s animal resources development secretary Swapan Saha told IANS. He said the state government had decided to hold at least 1,000 awareness camps across the state. Saha said the team, which is likely to visit Assam, Meghalaya and other northeastern states too, would soon submit a detailed report to the central government. Also Read - WHO--Chicken will soon become resistant to avian flu

Four northeastern states – Tripura, Meghalaya, Mizoram and Assam – share a 1,880-km border with bird flu-hit Bangladesh, where the contagious disease is rampant in many districts. Even though India declared itself bird flu-free in December last year, Tripura and Meghalaya witnessed outbreaks of the disease in January.

Bird flu influenza recently resurfaced in the government-owned Gandhigram Poultry Farm in western Tripura after one and a half months, forcing the authorities to cull thousands of poultry birds, ducks and poultry products in the farm and in the adjacent four villages in a three-kilometre radius. The authorities in Meghalaya’s East Garo Hills district had culled 6,538 birds, while 9,157 eggs and more than 800 kg of feed were destroyed at Williamnagar and adjoining villages late January.

The disease also erupted in various districts of eastern, western and southern Assam last year and earlier this year. Tripura had been affected by avian influenza since in April-May 2008, forcing the authorities to cull over 250,000 poultry birds and ducks since then.

According to an FAO report, the influenza A (H5N1) virus is very contagious among birds and carries a high mortality rate. In addition, if an outbreak occurs, many healthy birds risk being culled to prevent the spread of the disease. “As of mid-2006, it is widely estimated that at least 200 million domestic birds (out of a total world population of 10 billion) have either died or been culled as a result of H5N1,” the report said.

The report said FAO recently launched projects in four Asian countries, including India, to step up defences against avian influenza by moving the focus beyond domestic poultry to addressing threats posed by the mingling of humans, wild animals and livestock and the potentially devastating influenza viruses they share.

What new mystery disease is killing the Vietnamese?

Regular flu vaccines can protect against a broad range of viruses, including deadly H7N9 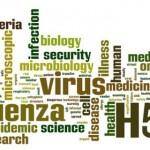