Doctors and specialists on Monday called for mental health programmes for elderly in a policy being drafted by the ministry of health and family welfare.

Doctors and specialists on Monday called for mental health programmes for elderly in a policy being drafted by the ministry of health and family welfare. Also Read - Mental illnesses on the rise in India: Know why and what you can do to fight the problem

‘At least 75 percent of people over the age of 75 have diagnosable mental health problem, there is an urgent need for special mental health programmes for older people,’ said Sunil Mittal, psychiatrist at Cosmos Institute of Mental health and Behavioural Science (CIMBS). Also Read - Food insufficiency during COVID-19 pandemic increases depression and anxiety symptoms

‘Mental health and older adults’ is the theme being observed this year on World Mental Health day on Oct 10.

According to World Health Organisation report, the total number of people with dementia is projected to almost double every 20 years, to 65.7 million in 2030 and 115.4 million in 2050.

‘Older adults also suffer from dementia. As the population of older adults is increasing, we are going to have an increasing number of people with dementia due to Alzheimer’s, vascular problems or other brain degenerative diseases,’ said Sameer Kalani, consultant psychiatrist at CIMBS.

Some health concerns that affect the elderly:

Fighting the stigma of old age

Unfortunately, the ones who have laid the foundation for the society we live in face stigma in the form of abuse, neglect, insufficient care, etc. mostly due to financial reasons. Sensitizing our youth to their problems, developing a society that is considerate for them and promoting healthy living among our youth so that they don t face problems during their old age are some of the things that can be done. 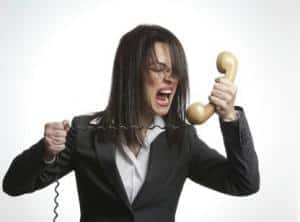 Mood swings during periods driving you crazy? Here are tips to beat them

Christina Aguilera does not eat out in order to reduce weight