The alleged health benefits of cough syrups has been questioned  by an assessment by consumer campaigners Which? and a panel of medical experts in Britain. For instance, one manufacturer claimed tha

The alleged health benefits of cough syrups has been questioned  by an assessment by consumer campaigners Which? and a panel of medical experts in Britain. Also Read - Caffeine consumption may help offset health risks of diets high in fat, sugar

For instance, one manufacturer claimed that their preparation with key active ingredient guaifenesin ‘works deep down to loosen phlegm, clear bronchial congestion, and make your cough more productive’. But the experts said the studies which are used to support the claims of its effectiveness are low quality. The company has not provided any evidence of effectiveness, say experts. Also Read - With World Heart Day around the corner, know all about the cardiac benefits of fish oil

The active ingredients of another mixture are sugar alcohol (glycerol) and liquid sugar (sucrose). It also includes other sugars such as black treacle. The experts said the mixture is roughly half sugar and its effectiveness is ‘unproven’. The experts also found out that one week of the adult maximum dose of the Benylin Tickly Coughs mixture is equivalent to eating the sugar contained in five Mars bars. Also Read - 5 nutrients that are missing from a vegan diet

The team was similarly sceptical about the claims made for Covonia Herbal Mucus Cough Syrup. Which? said companies must be honest about what these products – which are often expensive – can do, particularly when it comes to important issues like health.

A spokesman said: ‘We spend billions on over-the-counter pharmacy products each year but we’ve found evidence of popular products making claims that our experts judged just aren’t backed by sufficient evidence. Companies should be upfront with the evidence behind the claims they make so that consumers can make an informed decision.’

A number of studies have identified glucosamine, omega 3 and chondroitin as having beneficial effects in terms of protecting ageing joints. And various medicines have latched on to these claims in order to increase sales.

But the European Food Safety Authority (EFSA) recently ruled the evidence was not strong enough to substantiate the claims.

Seven Seas Jointcare Be Active tablets contain the three ingredients and use the marketing claim: ‘Keep really active with this everyday plan to look after your joints.’ 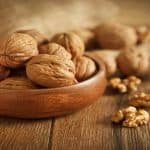