Home / Health News / Exercise, not just diet, can control the bacteria in your stomach

Exercise can alter your gut bacteria, which are good for your health. 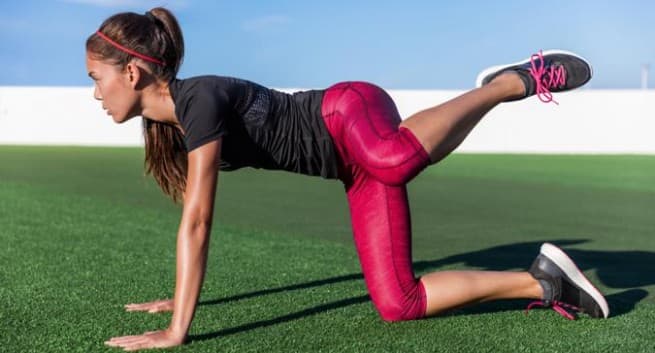 If you thought only diet can change the composition of microbes in the gut, think again! Researchers have found evidence that exercise can change the intestinal microbiota independent of diet. The research provides clues to how exercise could benefit people suffering from inflammatory bowel disease. The findings, published in the journal Medicine & Science in Sports & Exercise, are based on two studies — one in mice and the other in human participants. In the first study, scientists transplanted faecal material from exercised and sedentary mice into the colons of sedentary germ-free mice, which had been raised in a sterile facility and had no microbiota of their own. In the second study, the team tracked changes in the composition of gut microbiota in human participants as they transitioned from a sedentary lifestyle to a more active one — and back again. Here’s a list of probiotics you should include in your diet. Also Read - Probiotics and weight loss: How do they help you shed extra kilos?

Also Read - Eat these foods to keep your gut disease-free

“These are the first studies to show that exercise can have an effect on your gut independent of diet or other factors,” said one of the lead researchers Jeffrey Woods, Professor at the University of Illinois in the US. In the mouse study, changes in the microbiota of recipient mice mirrored those in the donor mice, with clear differences between those receiving microbes from exercised and sedentary mice. “That proved to us that the transplant worked,” Woods said. Recipients of the exercised mouse microbiota also had a higher proportion of microbes that produce butyrate, a short-chain fatty acid that promotes healthy intestinal cells, reduces inflammation and generates energy for the host. Did you know gut bacteria could affect your weight and health? Also Read - Gut reaction: How eating may activate immune reaction in your body

They also appeared to be more resistant to experimental ulcerative colitis, an inflammatory bowel disease. In the human study, the participants performed a supervised cardiovascular exercise for 30-60 minutes three times a week for six weeks. The researchers sampled their gut microbiomes before and after the end of the exercise programme and after another six weeks of sedentary behaviour. Participants maintained their usual diets throughout the course of the study. Fecal concentrations of short-chain fatty acids, in particular, butyrate, went up in the human gut as a result of exercise, the study said. These levels declined again after the participants reverted to a sedentary lifestyle. Genetic tests of the microbiota confirmed that this corresponded to changes in the proportion of microbes that produce butyrate and other short-chain fatty acids. Read here gut bacteria can help you lose weight, reveals study