Physical exercise is just as vital as mental activity in keeping the brain fit and healthy, according to an Australian research. A study conducted by scientists at the University of Queensland's Brai

Physical exercise is just as vital as mental activity in keeping the brain fit and healthy, according to an Australian research. A study conducted by scientists at the University of Queensland’s Brain Institute found the mechanism by which exercise increases the number of stem cells that are actively generating new nerve cells in the brain and reverses the decline normally observed as animals age. Also Read - Mental illnesses on the rise in India: Know why and what you can do to fight the problem

“We have found that growth hormone (GH) originally discovered as a potent stimulator of animal growth is increased in the brain of running animals and this stimulates the activation of new neural stem cells,” says Brain Institute scientist Daniel Blackmore. The study was carried out in older mice, which shows the same cognitive decline as humans, according to a Brain Institute statement.”In this model of ageing we found that the number of active neural stem cells dramatically declines with age but exercise dramatically reversed this, increasing stem cell numbers,” said Perry Bartlett, professor and director of Brain Institute and team leader. Also Read - Spend time in nature to reduce work stress and improve mental health

“If we blocked the action of GH in the brains of these running animals, however, no such increase occurred, indicating GH was the primary regulator of this process,” Bartlett said. “We are currently determining whether this grow GH -dependent increase in stem cell activity is able to reverse the cognitive decline seen in old animals by increasing production of new nerve cells,” the professor said. Also Read - Food insufficiency during COVID-19 pandemic increases depression and anxiety symptoms

Why is Manisha Koirala in the hospital? 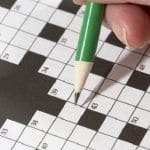