Exercise during pregnancy is safe and does not increase the risk of pre-term birth, a study has revealed.

Exercise during pregnancy is safe and does not increase the risk of pre-term birth, a study has revealed. According to the study, published in the American Journal of Obstetrics and Gynaecology, women who exercised were less likely to have a C-section than those who did not. Historically, women were discouraged from vigorous exercise during pregnancy because of the risk of pre-term birth. The thinking was that exercise releases norepinephrine in the body, which is a chemical that can stimulate contractions of the uterus, and thus lead to pre-term birth. However, numerous studies, including this new meta-analysis, have since shown that exercise does not harm the baby and can even have benefits for the mom and baby, said Professor Vincenzo Berghella of Thomas Jefferson University. The researchers pooled data from nine randomised controlled studies in which pregnant women were divided into two groups. (Read: Which exercises should I avoid during pregnancy? (Pregnancy Query)) Also Read - Why babies kick in the womb and when it starts?

Of the 2,059 women who were included in the analysis, about half (1,022 women) exercised for 35-90 minutes three-four times per week for 10 weeks or up until their delivery while the other half (1,037 women) engaged in no exercise. The researchers found that there was no significant increase in pre-term birth, defined as delivery before 37 weeks, in women who exercised than in those who did not — however, there were a few benefits. Women who exercised were more likely to deliver vaginally — 73 per cent of exercising women delivered vaginally while a lesser 67 per cent of non-exercising women delivered vaginally. Likewise, there was a lower incidence of C-section in women who exercised during pregnancy. Seventeen per cent of exercising women had a C-section versus 22 per cent in those who did not. There was also lower incidence of gestational diabetes and lower rates of high blood pressure in the exercising group. (Read: 5 prenatal yoga and exercises for expecting mothers) Also Read - Pregnancy fatigue can be exhausting: Easy ways to overcome this problem 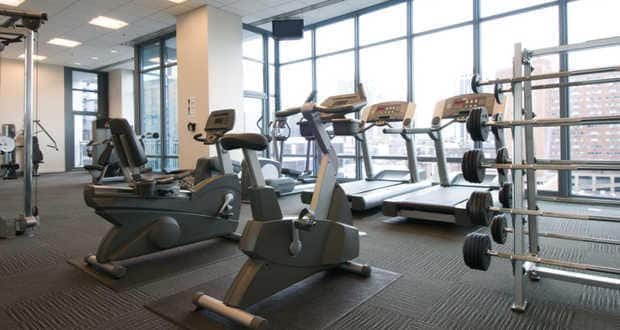 Don't have time specifically for exercise? Ride an electrically-powered bicycle