Home / Health News / All your questions on Maggi answered by experts!

All your questions on Maggi answered by experts!

Been eating Maggi all your life? Now that they discovered lead and MSG in it, how will it impact your health and that of your kids?

The whole Maggi controversy with lead content beyond permissible limits got me thinking, and I wanted to know if we are exposed to lead in any other form. Here are a few everyday things that may contain lead.

Latest update: Maggi samples sent for testing in New Delhi were found with lead levels exceeding the permissible limit. According to an official statement, 10 out of 13 samples had lead content above 2.5 ppm. Also, the tastemaker samples had MSG content which is not mentioned anywhere on the product. The Delhi government will initiate a case against Nestle for misbranding and selling an unsafe product. Also Read - Know about these healthy foods you can prepare within minutes

Have you been eating Maggi all your life? Is it healthy? What will happen to my child who is eating Maggi every day? Also Read - Maggi noodles are 100% safe for consumption; No 'ash-content', says Nestle India

Are you worried about the Maggi controversy?

Here’s the latest information on Maggi:

1. What will happen if you eat Maggi loaded with lead?

Lead is a harmful element that gets absorbed in the body and has long-term side-effects This includes hindering your digestive process. It adversely affects the brain, kidneys and reproductive health as well. Will you still eat Maggi? Vote YES or NO.

2. How much lead has been found in Maggi?

According to the initial testing that has been carried out by UP FDA, around 17ppm lead was found in a packet of Maggi. This was significantly higher than the recommended dose of lead (0.01 ppm)* claimed fit for human consumption. Here’s everything you should know about lead poisoning.

*According to the statement from the Delhi government, the permissible limit for lead is 2.5 ppm.

3. What about MSG in Maggi?

Although the exact amount of MSG in one packet of Maggi is not known, MSG is known to cause neurological problems, headache and inflammation in the liver. It also increases your risk of metabolic syndrome and obesity and also lowers your appetite. Here’s more on MSG (Monosodium glutamate) you should be aware of.

4. What can be done to flush out lead from the body?

You cannot flush out excess lead because it gets accumulated in the body. However, drinking antioxidant-rich juices like cranberry MIGHT help in lowering the overall effect on the body. Also, eat green vegetables and drink lots of water, as this helps in lowering the toxic load and improves the functioning of the digestive system.

5. Are children at high risk of any health complications?

Children eating Maggi loaded with lead are at risk of health complications like brain problems because their bodies can absorb lead at a faster rate than adults.

6. Can I get cancer from eating Maggi if it is loaded with lead and MSG?

It is known fact that long term effects of lead and even MSG can cause cancer. Eating Maggi containing lead and MSG daily can increase your risk of cancer. Find out about 8 cancer-causers in your daily life you should be aware of.

7. What will happen if I eat Maggi daily for a week?

Maggi containing lead and MSG might not cause any symptoms in the first few days.

8. What if I have been eating it for a month?

You might experience some common signs such as stomach pain due to inability to digest food properly because lead gets accumulated in your body. (Read: Your favourite Maggi found loaded with MSG & lead. It can make you sick!)

Maggi is made up of refined flour or maida, which is not easily digested. Also, it contains preservatives, which are unhealthy and is high in sodium, which is a common risk factor of high blood pressure.

Although it is marketed as nutrient-rich and high in proteins, Maggi is not loaded with nutrients and fibre. In fact, it is high in carbohydrate (refined flour), which is not good for health if consumed regularly.

11. What about oats Maggi and Maggi atta noodles are they healthy?

When it is said that Maggi contains oats and atta, it doesn t mean that it is only made up of these ingredients. It means that oats or atta are added to the maida, hence, the overall content of maida in oats and atta noodles is lower than Maggi Masala noodles.

12. How often can you eat Maggi if it is found that Maggi is not loaded with lead?

You can eat Maggi occasionally once in 15 days (in the case of adults). But avoid eating it daily as it doesn t have any health benefits. (Read: Move over Maggi There are other 2-minute healthy snacks)

13. Which type of Maggi do you recommend once in 15 days?

Maggi is undoubtedly one of the comfort foods that most people prefer to eat (as it is easy to cook), especially hostelites. But preferably its healthier alternatives like oats and atta noodles once in a while and ONLY if you do not have any other quick option.

14. What is the right time to eat Maggi?

Never eat Maggi for your breakfast because it is loaded with carbohydrates like maida and is not easily digestible. Also, it does not provide instant energy required to kick-start your day. So eat Maggi in the evening or after your lunch.

15. Are the desiccated vegetables added in the Maggi safe to eat?

Desiccated vegetables contain preservatives which lower your metabolic rate and slow down the digestive process. It is good to avoid eating them.

16. I have been feeding my son Maggi. Is it good for health?

Maggi is high in maida (carbohydrate) and is low in nutrients, proteins and fibre. So it is better to replace this with a healthier option (especially for the breakfast). You can give your child Maggi once in a month only to change the taste. (Read: How safe are instant noodles for kids?)

17. Will eating Maggi (in general) cause any disease?

As Maggi contains preservatives that are high in sodium, people with hypertension and those at an increased risk of heart disease should avoid eating it.

19. What is the right age to give Maggi to your child?

The right age to give Maggi to your child is when he/she is 5 years old. But, only occasionally (once in a month) and not on a daily basis.

20. We have heard that Maggi has edible wax. What are the adverse effects of edible wax?

Wax can cause long-term health effects that include increasing your blood levels of triglycerides, cholesterol which in turn might lead to heart disease. Also, accumulation of wax in the liver hinders normal functioning and thus increases your risk of fatty liver.

21. Every Maggi variety contains gluten. Does it cause any side-effects?

Maggi has high gluten content which causes long-term health complications. This is the reason eating Maggi daily can cause abdominal pain due to indigestion.

Bookmark this page and visit us for the latest updates on Maggi dos and don’ts for you and your kids. 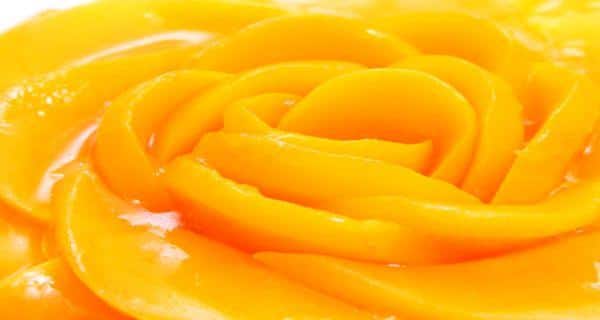 Did you know mangoes control your blood sugar levels?

Exposure to air pollution may increase risk of autism in kids