Under a searing midday sun, a herd of cattle circles atop a pile of golden teff, thrashing the wheat-like grain, a method that has been practised by Ethiopian farmers for centuries. The crop, mostly g 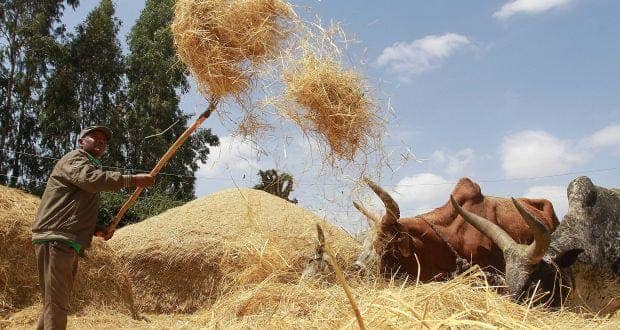 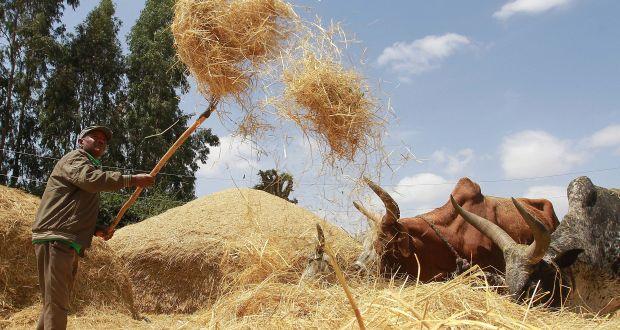 Under a searing midday sun, a herd of cattle circles atop a pile of golden teff, thrashing the wheat-like grain, a method that has been practised by Ethiopian farmers for centuries. The crop, mostly grown in the Horn of Africa, is a key part of the country’s heritage and a crucial food staple, but is also gaining increased interest abroad among health afficionados seeking a nutritious, gluten-free alternative to wheat. Also Read - Black raisins: Just a handful every day will keep the doctor away this winter

‘Ethiopians are proud of the crop because it is almost our identity,’ said Solomon Chanyalew, director of the Debre Zeyt Agricultural Research Centre, a teff research hub. ‘But these days, teff is getting global attention,’ he said. Relatively unknown outside of Ethiopia — for now — the cereal is predicted to replace quinoa as the latest global ‘super-food’. But a ban on exports to control price hikes at home has left farmers tied to local consumers, limiting their contribution to growing markets abroad. Also Read - Have a pinch of hing or asafetida daily to keep many diseases away

The poppy-seed sized grain is renowned for its nutritional qualities. Mineral-rich and high in protein, teff is also a slow-releasing food, ideal for diabetics, and sought after by people with a gluten intolerance, or Celiac disease. ‘Teff is not only gluten-free, which is an increasingly important aspect of foods that is being sought out, but it’s also incredibly nutritious. Many people consider teff to be a super-food,’ said Khalid Bomba, CEO of Ethiopia’s Agricultural Transformation Agency. Read more about the top Indian superfoods.

In Ethiopia, teff is used to make injera, a spongy fermented pancake topped with meat or vegetable stew and consumed with an almost religious devotion, often three times a day. In the West however, where it is touted by celebrity chefs and health-conscious Hollywood stars, the grain is most commonly ground into flour and used to make biscuits, breads, pastas and even teff juice. It is also a resilient crop; it can grow between sea level and 3,000 metres and is both drought- and flood-resistant, ideal for Ethiopia’s dry highlands.

But despite its versatility, Ethiopia’s 6.5 million teff farmers struggle to meet local demand — let alone growing demand from abroad — with limited access to seed varieties, fertilisers and modern machinery that would allow for higher yields. Teff also suffers from a lack of research since it is considered an “orphan crop”, unlike global crops like rice, wheat, and maize, which are widely studied and well-funded. ‘People don’t want to work on teff, basically, it’s not paying,’ said Kebebew Assefa, one of only two full-time teff researchers in Ethiopia.

Regardless, productivity has climbed to bridge the supply gap, with the introduction of 19 new teff varieties and improved farming techniques. In the last four years, yields have increased from 1.2 to 1.5 million tonnes per hectare, which Khalid said bodes well. ‘The production increases are what gives us the confidence that Ethiopia will be able to compete at a global level when it comes to tapping into the increasing demand from consumers in Europe, in London, or New York or Brisbane,’ he said. An estimated two million tonnes per hectare is required to reach export potential.

For now, the ban on exports remains in place to avoid the pitfalls of quinoa in Bolivia, where most people could not afford the staple crop after the surge in global popularity. The price of teff — $72 (52 euros) per quintal — is already too expensive for the majority of Ethiopians who earn less than two dollars per day. But farmers are eager to export their teff, well aware of the higher prices they can fetch.

‘I want to sell it abroad because it’s going to have a good market and I will earn good money and it will bring good motivation for my work,’ said Tirunesh Merete, 60, who has been growing teff for nearly four decades. Neighbouring farmer Amha Abraham said he is keen to make more money, but recognises that local markets need to be fed first. ‘If we export teff to other countries then we can get a lot of money, but we must provide first for our country’s consumption,’ he said, standing near a giant pile of golden teff stalks, used for roofing and as cattle feed.

Until the export ban is lifted, Ethiopian farmers remain excluded from a growing international industry, with teff products appearing on shelves in health food stores across North America and Europe. ‘Everybody has started talking about gluten-free,’ said Rob Roffel, CEO of the Dutch company Consenza, which produces gluten-free foods from teff grown in the Netherlands. ‘The demand for gluten-free foods mainly was for Celiacs… but what we see now more and more is other target groups interested in teff flour,’ he said, adding that his business has grown 30 percent annually since 2006.

In the meantime, Khalid said he has high hopes for teff. ‘If you look at what’s happened with quinoa, it’s a $150 million market in five years and teff is actually much more nutritious and much more resilient than quinoa,’ he said. ‘So we think there’s a much bigger market opportunity for teff.’ 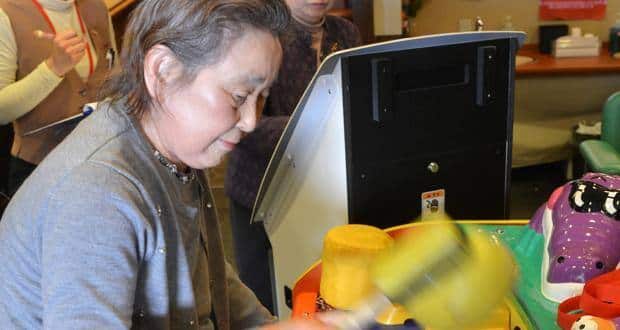 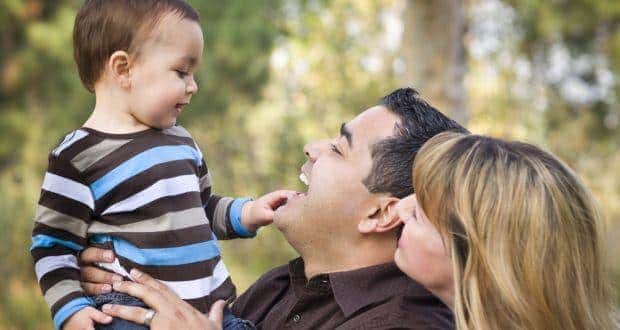