An eight-year-old African girl from Nigeria got a new life after she was cured of a brain tumour at Narayana multi-specialty hospital in this tech hub. Though Angel (name changed) underwent surgery i

An eight-year-old African girl from Nigeria got a new life after she was cured of a brain tumour at Narayana multi-specialty hospital in this tech hub. Though Angel (name changed) underwent surgery in 2011 at the hospital’s Mazumdar Shaw Cancer Centre when she was six years old, doctors diagnosed her of being relieved of the dreaded brainstem tumour (glioma) after monitoring her progress for two years.
‘The complicated surgery has set a benchmark in paediatric oncology,’ the hospital’s radiation oncologist, Sandeep Jain, who treated Angel, told IANS here Saturday. Brainstem is a part of brain connected to spinal cord and is located in the lowest part of brain, just above the back of neck. It controls breathing, heart rate, nerves and muscles used in seeing, hearing, walking, talking, and eating. Also Read - Scientists supercharge mutation rate in cancer cells to create vaccine

A brainstem glioma is a cancerous tumour in the vital organ. Angel was suffering from the complicated brainstem tumour (glioma), which was pressing over critical areas. As a result, she had loss of balance and had trouble walking. ‘The fatal disease had left her nearly paralysed before her parents consulted us for radiotherapy treatment two years ago,’ Jain said. Also Read - New combination treatment for kids can help treat paediatric brain tumour: Study

‘With the help of technology and precision, we can treat such young children. In Angel’s case, we have observed a decrease in the tumour size after she was administered radiotherapy treatment two years ago,’ Jain added. Expressing relief over the remarkable progress, Angel’s mother Roberta said as doctors in Nigeria were not sure of kids surviving brainstem glioma, she was not optimistic about her daughter’s recovery earlier. Also Read - Common genetic syndrome may lead to brain tumours in children

‘My daughter was not able to walk without support and doctors in Nigeria had said that they have seen kids rarely surviving brainstem glioma. Timely counsel and expert radiotherapy treatment by Jain has led to her speedy recovery. My child can walk now and progressing to resume a normal life,’ a much-relieved Roberta said.

About 4,000 central nervous system (CNS) tumours are diagnosed each year among children below 20 years. After leukemia, CNS tumours are the second most common form of childhood cancer, accounting for 25 percent of cancer in children less than 15 years.

‘Brainstem tumours account for 10 percent of childhood brain tumours. Survival rates for children with brainstem glioma vary depending on the location of the tumours,’ Jain added.

Founded by cardiologist Devi Shetty, Narayana Health (formerly Narayana Hrudayalaya) has 17 hospitals in 13 cities across the country with 6,000 beds. The flagship hospital at NH Health City on Bangalore outskirts has the country’s largest bone marrow transplant unit and dialysis unit with tertiary care expertise in liver, kidney and heart transplants. The multi-specialty hospital group also operates one of the largest tele-medicine networks, and has performed the highest number of heart surgeries the world over. With health cities similar to Bangalore coming up in Kolkata, Ahmedabad and Jaipur, the group is transforming healthcare delivery through process innovation.

Four die in UP after drinking illicit liquor

Rape being misused by women to force lovers to marry them: Delhi High Court 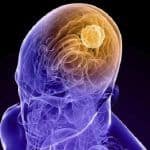 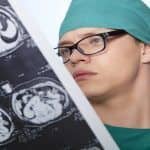 Common genetic syndrome may lead to brain tumours in children 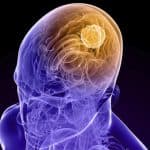