Ebola in Nigeria: Indian doctors wish to leave the country due to Ebola threat 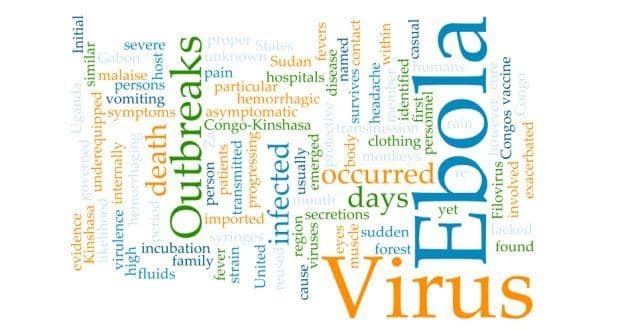 The Indian high commission in Abuja, Nigeria, has confirmed that five Indian doctors who have been working in the country have chosen to shirk their professional responsibilities and expressed the desire to leave the country because they do not want to contract the Ebola virus disease. Sharad Srivastava, first secretary, however said the high commission has stepped in to mediate between the doctors who work with the Primus International Super Specialty Hospital to find an amicable solution to the problem. From what he said, the mission does not support the unprofessional manner in which the doctors have threatened to leave the country.

'We are mediating between the doctors and the hospital authorities and have made it clear to them that even though they want to leave, they have their responsibilities to the hospital because of their professional duties,' Srivastava said. The high commission's stand confirms what the hospital authorities said -- that it was a dereliction of duty by the doctors in the face of an epidemic. There is presently no reported case of Ebola in Abuja where the doctors are stationed. However, they have expressed fears claiming that because there are some cases reported in the commercial capital, Lagos, they do not feel safe. Nigeria is one of the four West African countries that has suffered the outbreak of the Ebola disease with two deaths so far recorded and 13 suspected cases.

The first reported case was from a Liberian who had contracted the disease in his country and travelled to Nigeria to attend a conference of the regional grouping, Economic Community of West African States (ECOWAS). The doctor who treated him has died and ECOWAS officials said Tuesday that the officer who met the dead Liberian at the airport has also died.

Nigeria's Minister of Health, Onyebuchi Chukwu, has sounded an alert on the disease and said the government has declared the Ebola outbreak, 'a national emergency' and was taking steps to 'contain its spread'. Chukwu said the government has not yet decided to close its borders with neighbouring countries and considers the situation in Nigeria as 'not yet critical', but one that demanded an alert. (Read: Ebola virus causes, symptoms, diagnosis, treatment, prognosis and prevention)