Ebola in India: All six patients test negative for the virus 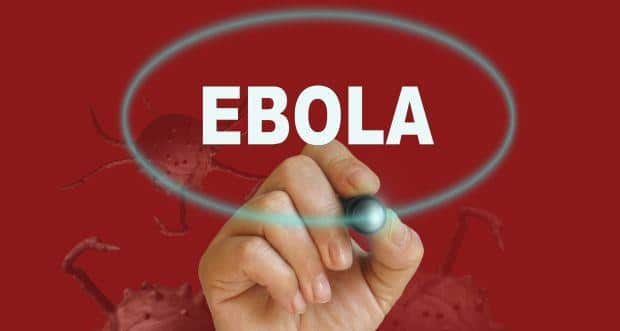 Update: All six passengers have tested negative for the Ebola virus. Watch this space for more...

Three more passengers travelling from Ebola-hit Liberia were detained at the Delhi airport and taken to hospital to test for Ebola. Around 112 Indians from ebola-hit countries were stranded at the airport in the morning. Three suspected passengers who were detained in the morning were tested and confirmed to be negative. The latest three being taken to the hospital to test Ebola takes the number to six. The Mumbai Airport has elaborated its precautionary measures as a preventive aid against Ebola. (Read: 8 tips to prevent Ebola infection)

Three people who arrived at Delhi airport from Liberia have been isolated and taken for further tests. Mumbai and Delhi are set to receive 112 passengers on seven flights throughout the day. It's been stressed that these are only precautionary measures being undertaken to prevent the virus from spreading. A thermal scanner is being used to see if any passenger has fever and it's also being checked if any of them have come in contact with people suffering from the ebola virus disease. In Delhi, such passengers are being taken to the Ram Manohar Lohia Hospital and the Yellow Fever Hospital while Mumbai returnees are being taken to the Balasaheb Thackeray Trauma Care Centre and other designated civic-run hospitals. The passenger's luggage are also going to be isolated.

Airport officials expect the arrival of 112 Indians tomorrow by various flights from and around Liberia, one of the worst hit Ebola countries in West Africa. Elaborate precautionary measures have been set in place at the Mumbai Airport to screen all the passengers. 'As part of the tentative plan, the aircraft will be first taken to a remote bay and all passengers will be screened at the step-ladder exit after the arrival of flights at the Chhatrapati Shivaji International Airport (CSIA),' Mumbai International Airport Limited (MIAL) said here.

Besides, while the passengers without any symptoms will be cleared and shifted to terminal for immigration and customs clearance, those coming from Liberia with symptoms suggestive of EVD, will be directly shifted to designated hospital in ambulance from the bay, it said. According to MIAL, Ethiopian Airline, Emirates, Etihad, Qatar, Jet and South African Airways are flying these passengers to Mumbai.

Some of these passengers will first arrive in Delhi and then come to Mumbai by domestic airlines flight, MIAL said. Mial also said the baggage of the flights need to be kept separate by the concerned airline in their custody, adding disinfection of the flight will be carried out once all passengers would be de-boarded. Flights will be allowed to board next passengers only after thirty minutes of disinfection, it added.

The incubation period (or the time between when the actual infection takes place to the time when a person sees symptoms of this condition) for this disease is about one week. After this period a person will commonly see the signs that are considered as 'early symptoms'. According to Dr Ratan,the early symptoms include fever, rashes, headache, nausea, vomiting and stomach pain. Apart from that a person may also experience symptoms like pain in the lower back, arthritis like pain all over the body, diarrhea and a sore throat. (Read: 5 reasons the ebola virus should never come to India)

According to Dr Ratan, 'There aren't any vaccinations available as of now, so basic hygiene is of importance and a must be followed in order to prevent the onset of the condition. Simple activities like washing your hands well, drinking water from a clean source, maintaining general hygiene and cooking your meat well, can all serve as precautionary measures. Apart from that people should avoid crowded places, or those that are known to have an outbreak. It is also important that if they notice any early symptoms, they should visit a doctor immediately.' Read more about Ebola virus causes, symptoms, diagnosis, treatment, prognosis and prevention