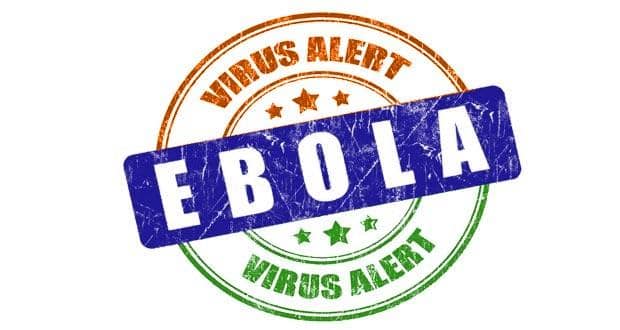 The union health ministry on Monday denied reports that a Nigerian national admitted to the Ram Manohar Lohia (RML) hospital in New Delhi has tested positive for the dreaded Ebola disease. Health Minister Harsh Vardhan said the hospitalised Nigerian did not have Ebola. Denying the reports, Health Minister Harsh Vardhan said, 'Our vigilant officials did indeed send a person to RML Hospital. His blood samples were sent to National Centre for Disease Control (NCDC) and National Institute of Virology, Pune.

'We are assured that he tested negative and there is no cause for worry.' The minister said the samples were sent to Pune, where scientists carried out advanced tests which confirmed that the Nigerian national was free of the Ebola virus.

Harsh Vardhan reassured the people that there was no cause for panic. 'We have systems in place for tracking anybody with remotest symptoms of EVD throughout the 21-day danger period. Luckily, the disease is not air borne and, therefore, the infrastructure of prevention will easily arrest its spread.' He expressed satisfaction with the infrastructure in place at all entry points to the country to detect people arriving with symptoms of Ebola Virus Disease (EVD).

World Health Organization had sounded an international emergency Aug 8 on the Ebola epidemic in four western African countries. The WHO has reported that 2,127 EVD cases have been detected worldwide till Aug 13 and the total fatalities are 1,145.

In the wake of the Ebola outbreak in West Africa, sex workers in Kolkata's biggest red light district area Sonagachi have been asked to not entertain Africans. Durbar Mahila Samanwaya Committee (DMSC), a forum of 1,30,000 sex workers in West Bengal, has warned of a life risk should they come in contact with infected persons.

'We have requested the sex workers not to entertain Africans, as it can be a life risk for them if they get infected by the highly contagious Ebola virus causing havoc in some West African countries,' Mahasweta, a member of the DMSC, told PTI. Read more

'It's not prevalent in India, but people living in remote areas, where living conditions are poor, are always at risk of getting infected. But largely there is no need to worry as such.' Read more:Ebola virus causes, symptoms, diagnosis, treatment, prognosis and prevention