Two US aid workers who contracted the Ebola virus while treating patients in west Africa have been discharged from the Emory University Hospital in Atlanta, the hospital said on Thursday. Nancy Writeb 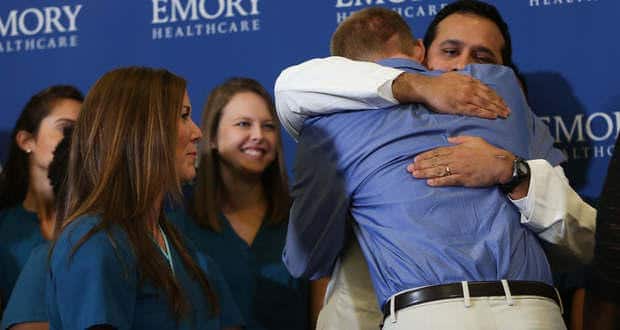 ATLANTA, GA – AUGUST 21: Dr. Kent Brantly (front) gets hugs from the medical team at Emory Hospital during a press conference announcing his release from the hospital on August 21, 2014 in Atlanta, Georgia. Dr. Brantly thanked the medical team, his family and Samaritan’s purse for their help in his recovery. Dr. Brantly and another patient, Nancy Writebol, were released from Emory Hospital after receiving treatment for Ebola that they both contracted while working as medical missionaries in Liberia. (Photo by Jessica McGowan/Getty Images)

Two US aid workers who contracted the Ebola virus while treating patients in west Africa have been discharged from the Emory University Hospital in Atlanta, the hospital said on Thursday. Nancy Writebol was released from the hospital Tuesday while Kent Brantly was discharged Thursday, Xinhua quoted a hospital statement as saying. ‘After a rigorous and successful course of treatment and testing, the Emory Healthcare team has determined that both patients have recovered from the Ebola virus and can return to their families and community without concern of spreading this infection to others,’ Emory’s Infectious Disease Unit director Bruce Ribner said. Also Read - Ganesh Chaturthi 2020: 4 reasons an eco-friendly Ganesha is good for you

Criteria for their discharge were based on blood and urine diagnostic tests and standard infectious disease protocols, the hospital said. ‘The Emory medical team has maintained its extensive safety procedures throughout this treatment process and is confident that the discharge of these patients poses no public health threat,’ it said. Also Read - 7 reasons why the #BeefBan is good

In a televised press conference at the hospital, Brantly and his wife hugged every member of the hospital staff who helped him recover.’Today is a miraculous day. I am thrilled to be alive, be well and be reunited with my family,’ Brantly said. Brantly was flown to Emory University Hospital for treatment Aug 2. A second US Ebola patient, Nancy Writebol, arrived there three days later. Both patients received an experimental treatment known as ZMapp while still in west Africa, where the Ebola outbreak has killed more than 1,300 people. Experts, however, warned that it was still unclear if their recovery was due to the ZMapp treatment. Also Read - Scientists may solve Ebola virus puzzle soon

Here are some facts about ZMapp, experimental Ebola drug, you should be aware about:

In a documented study, this combination of antibodies was found to effectively treat 43% of animals challenged with the Ebola virus. Soon after the Ebola outbreak killed several West African citizens in afflicted areas of Guinea, Sierra Leone, Nigeria and Liberia, ZMapp was used for the treatment of two Americans diagnosed with the infection. The drug showed promising results and both the patients seemed to be improving after taking them. However, the drug was used on an experimental basis. It is yet to be proven safe and effective through clinical trials. Read more about Zmapp — the only known cure for Ebola virus

‘It’s not prevalent in India, but people living in remote areas, where living conditions are poor, are always at risk of getting infected. But largely there is no need to worry as such.’ Read more: Ebola virus — causes, symptoms, diagnosis, treatment, prognosis and prevention 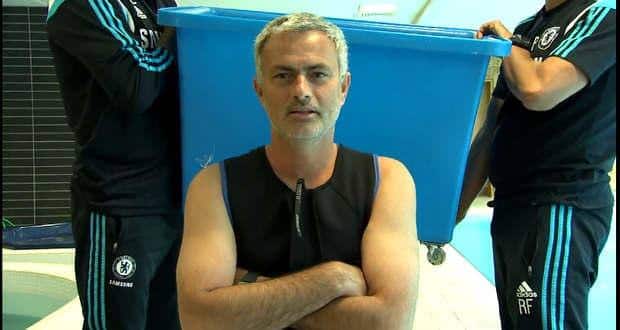