Eat fruits, avoid fruit juices if you want to keep diabetes away!

According to a study published by The British Medical Journal, eating fruits can lower the risk of diabetes while drinking fruit juices might increase it. Blueberries have been found to be the most

According to a study published by The British Medical Journal, eating fruits can lower the risk of diabetes while drinking fruit juices might increase it. Blueberries have been found to be the most effective, cutting the risk of type 2 diabetes by 26%, as compared to 2% per three servings of any other fruit. The study has taken into account the dietary habits of as many as 187,000 Americans and has taken over a quarter of a century to be completed. Also Read - Ganesh Chaturthi 2020: 4 reasons an eco-friendly Ganesha is good for you

Also Read - 13 purple foods that you should be eating regularly

Other fruits that were found effective in cutting the risk were apples, pears, grapes and raisins. The researchers attributed the lowered risk to high levels of anthocyanins present in these fruits, which has been shown to enhance glucose uptake in mice. The researchers wrote in their study paper, Fruits have highly variable contents of fibre, antioxidants, other nutrients, and phytochemicals that jointly may influence the risk. That said, Dr Matthew Hobbs, head of research for Diabetes UK said to the BBC, Some of the findings are based on a number of assumptions and models which may have distorted the results significantly. For example, the researchers used surveys to ask participants how often they ate certain foods. This type of survey can often be unreliable as people are more likely to remember certain types of food. (Cut risk of diabetes by 30% with just 30 minutes of exercise). Also Read - 6 health benefits of drinking grape juice

Other fruits that were found effective in cutting the risk were

So what is diabetes?

It is a metabolic disease which is characterised by high blood sugar levels. This is caused either due to the lack of insulin (type 1 diabetes) or because the body s cells fail to respond to the insulin produced (type 2 diabetes). The hormone insulin is responsible for breaking down glucose and when it fails to do so the body starts using fats. Some of the common symptoms of diabetes are hunger, frequent urination and increased thirst. There s a third type of diabetes is called gestational diabetes and occurs in pregnant women. While type 1 is usually genetic, type 2 is mostly caused due to obesity and other lifestyle factors.

Diabetes is not an unmanageable disease. Some basic lifestyle modifications like diet and exercise, avoiding smoking and alcohol and frequently checking your blood glucose levels can go a long way in managing these symptoms. Read more… 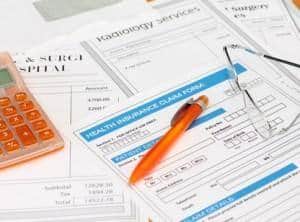 What are cashless health insurance policies? 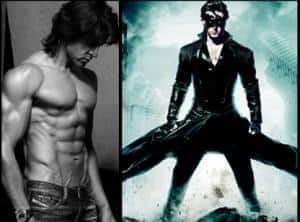 Exclusive: Get a body like Hrithik in Krrish 3 with his favourite healthy meatballs recipe