IMD has called it a moderate earthquake and no casualty has been reported so far.

An earthquake of 5.5 magnitud has struck Uttarakhand today, the epicentre of which was reported to be 121 km to the east of Dehradun. The quake was felt at 8: 49 pm, according to reports and had originated at the depth of 30 km in Uttarakhand’s Rudraprayag region. The Indian Meteorological Department (IMD) released this information through a Tweet from their official handle. Also Read - Top Delhi surgeons under police scanner in international kidney racket

The hilly region is situated on a high seismic zone. According to IMD, the earthquake is of moderate magnitude and is considered a shallow quake. The tremors of the quake were felt in Roorkee and Dehradun, and some in parts as far as Haryana, Uttar Pradesh and Delhi-NCR.

According to ANI, there are no immediate reports of injury or destruction caused by the earthquake, and further details are awaited. People took to Twitter to report the tremors.

Just felt Earthquake tremors in Delhi. Hope everything is safe !

#earthquake in Delhi. Prayers for everyone.

Uttarakhand is among the most seismically active regions of the country, along with Jammu and Kashmir and Himachal Pradesh. Even in the past, there have been many earthquakes of magnitude 5.5 or more in the region. The reason why the region is prone to earthquakes is that the state is situated ion on several active faults that are a part of the Himalayan mountain range.

Earthquakes usually cause a lot of damage to life and property. So it is important to follow certain safety measures to minimise risks to life. Here are some points you need to keep in mind. If you are driving, here’s how you can prevent skidding or slip.

Drop to the ground and take cover of table or a bed. Stay under a door frame if possible.

Cover your head with a pillow or crawl under a mattress.

Stay where you are until the quakes and tremors stop.

Avoid open flames and gathering next to trees or old buildings.

Even though the earthquake has passed, expect aftershocks in the days after the quake. So always be on high alert.

Source: With inputs from ANI 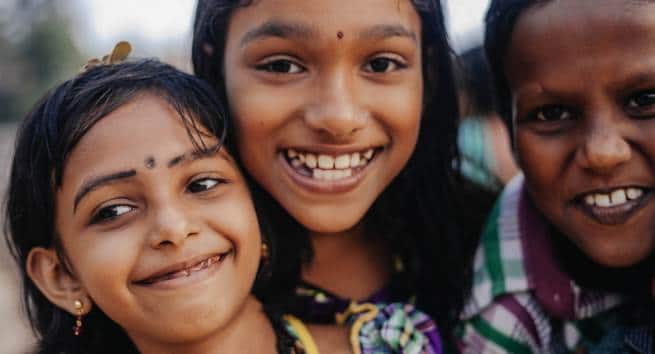 8 million Indian kids will be affected by pollution: UNICEF