Funds seized from drug traffickers should be spent on treatment and rehabilitation programmes, director of Russia's Federal Drug Control Service Viktor Ivanov. "It is common practice in the world for

Funds seized from drug traffickers should be spent on treatment and rehabilitation programmes, director of Russia’s Federal Drug Control Service Viktor Ivanov. “It is common practice in the world for drug barons’ money to work in the public interest, in the interest of [drug] users who need treatment,” Ivanov said. Complete confiscation of drug dealers’ property is the most effective way to combat the drug mafia, he said. Also Read - Sad people more likely to become chain smokers: Study

“These criminals should have the burden of proving that their property, real estate has legitimate origins,” Ivanov said.He recalled that from January 2013 Russia introduces life imprisonment for large-scale drug trafficking. “For heroin, this is over one kilogram and for marijuana, more than 100 kgs,” he said. Also Read - Cocaine addiction can cause erectile dysfunction and more

The Federal Drug Control Service has submitted to parliament a draft law enabling courts to consign drug users to forced treatment and rehabilitation if they have committed an administrative offence. According to UN data, there are 2.5 million drug addicts and over 5.1 million drug users in Russia. Over 90 percent of Russian drug addicts use heroin. Also Read - Novel mindfulness training to combat drug addiction: Study

Falling temperature brings down number of dengue cases in Delhi 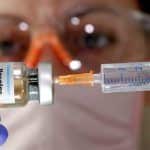 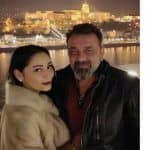