Don’t stop setting goals at times of illness or hardships

Most people go through life setting goals for themselves. But what happens when a sudden hardship or illness throws their life into disarray?

Most people go through life setting goals for themselves. But what happens when a sudden hardship or illness throws their life into disarray? Also Read - Cancer survivors at 'higher risk of dying from flu or COVID-19' for at least a decade after their diagnosis

A new study by Carsten Wrosch, a psychologist at Concordia University, and Catherine Sabiston, Kinesiologist at McGill University, found that breast cancer survivors who were able to let go of old goals and set new ones showed an improved well-being overall.  Once the self-imposed pressure of now unrealistic goals was removed, individuals’ quality of life improved, as did their level of physical activity, the journal Psycho-Oncology reported. Also Read - Avoiding temptations can help in achieving goals

Wrosch and Sabiston were interested in looking at how to encourage breast cancer survivors to become more active. Statistics show that as many as 48 percent of breast cancer survivors are overweight or obese. They also tend to be more sedentary than women who have not been diagnosed with breast cancer, according to a Concordia and McGill statement. Also Read - Women with stomach cancer live longer than men patients: Study

The researchers studied 176 breast cancer survivors between the ages of 28 and 79 years, who were, on average, approximately 11 months past their diagnosis and close to three months post-treatment. Self-reports of the individual’s capacity to adjust their goals were measured at the start of the study. At the same time, researchers also measured self-reports of physical activity, sedentary activity, emotional well-being and daily physical symptoms such as nausea and pain.

Three months later, they took a look at another round of self-reports. The study found that goal re-engagement (being able to set new goals) was linked with more physical activity, increased emotional well-being and fewer physical symptoms.

“By engaging in new goals a person can reduce the distress that arises from the desire to attain the unattainable, while continuing to derive a =sense of purpose in life by finding other pursuits of value,” says Wrosch.

Indian style family dinners may be great for kids' health 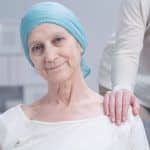