Four days after re-admission due to the recurrence of his lung infection, former South African president Nelson Mandela continued to receive treatment in hospital, the presidency said. Mandela, 94, wa

‘The Presidency has been advised by the doctors that former president Nelson Mandela had a restful day and continues to receive treatment,’ Xinhua quoted presidential spokesperson Mac Maharaj as saying. ‘Government is satisfied that the doctors are providing the former president with the best medical care possible to enable his recovery and comfort. They have reported a further improvement in his condition.’ Also Read - Former President Pranab Mukherjee passes away after going into septic shock

President Jacob Zuma thanked thousands of South Africans who prayed for Mandela at various Easter church services during the weekend, Maharaj said. ‘We also thank all people at home and around the world, who continue to keep Mandela and his family in their thoughts and to show their love and support in various ways. We also thank foreign governments for their messages of support.’ Also Read - Vaping may cause extreme difficulty in breathing, swallowing

Mandela served as South African president from 1994 to 1999. He spent 27 years in prison before elected the first black president in the country after the end of apartheid. This was the second time that he was hospitalised in a month. On March 9, Mandela was admitted to a hospital in Pretoria for a scheduled medical check-up to manage existing conditions in line with his age. He was discharged a day later.

A new way to treat blood toxicity on the cards 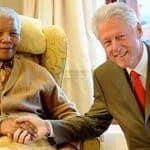 Nelson Mandela now breathing on his own