It's time for Dr Sanjay Rajdev, consultant cardiologist, and the SevenHills hospital, where he is consultant, to celebrate as they have successfully managed to enter their names in the Limca Book Of R

Tags: Angioplasty  In the news

It’s time for Dr Sanjay Rajdev, consultant cardiologist, and the SevenHills hospital, where he is consultant, to celebrate as they have successfully managed to enter their names in the Limca Book Of Records for doing an angioplasty on Rajendra Varma, 46, in a record time of 16 minutes! (Also read: Bioabsorbable stents – the future of angioplasty) Also Read - Ganesh Chaturthi 2020: 4 reasons an eco-friendly Ganesha is good for you

Varma’s surgery took place sometime in December last year but the confirmation from the Limca Book Of Records came through last week. Also Read - Heart attack and sudden cardiac arrest: Here's what you need to know

The international standard for door-to-balloon time in angioplasty is 90 minutes or less. That’s the time recorded from the moment a patient enters the hospital until the balloon is inflated and blood flow is restored (the blockage is removed).

Doctors at SevenHills managed to complete this process in 16 minutes.

‘Varma was known to us and the time we took for finishing the formalities for angioplasty was the least. Mostly the time goes in clearing logistic issues like making the patient understand the procedure, take his/relatives’ consent and treatment cost,’ said Dr Rajdev.

Dr Rajdev said that in Varma’s case logistic issues were averted and the team of doctors managed to do door-to-balloon in 16 minutes. ‘He came to us with chest pain in the night. We did an ECG (which checks for problems with the heart’s electrical activity and is used to distinguish whether the heart attack is the result of a blockage that needs to be opened as soon as possible)

‘With the ECG result in hand and after taking some measures, which showed abnormality and signs that he had a massive attack, a message was sent and our cardiac catherisation team was mobilised. Then we spoke to Varma who immediately gave his consent,’ said Dr Rajdev. According to the doctors, one of Varma’s main arteries had 100 per cent blockage and two stents were used in dissolving the blockage.

Experts said that every second counts for patients receiving angioplasty a lifesaving procedure followed for the most serious types of heart attacks. ‘There is growing evidence to show that doctors can shave off ‘door-to-balloon’ time and lower a patient’s risk of death and lessen serious damage done to the heart muscle,’ said Dr Ajay Chaurasiya, cardiologist at BYL Nair Hospital.

Right from the time the first symptoms of heart attack appear to the time he reaches the hospital is pre-hospitalisation time. Dr Prafulla Kerkar, head of the cardiology department at KEM hospital said that ‘in India it takes 300 minutes for a heart attack patient to reach hospital, which is twice the time taken in western countries.

We need to cut this pre-hospitalisation delay with more competent centres and increasing the awareness on heart attacks.’

Angioplasty is the mechanical widening of a narrowed or totally-obstructed blood vessel. These obstructions are often caused by atherosclerosis. 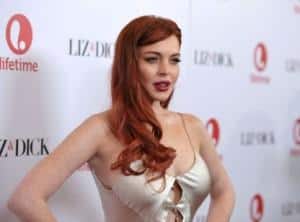 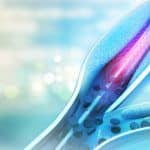