Government doctors in Bihar are fed up of bureaucratic interference in the state's health sector and are blaming 'babus' (officials) for the failure to provide healthcare facilities to people, particu

Government doctors in Bihar are fed up of bureaucratic interference in the state’s health sector and are blaming ‘babus’ (officials) for the failure to provide healthcare facilities to people, particularly the poor, officials said Monday. Unhappy over bureaucratic interference in the health sector in the state, the Bihar State Health Services Association (BSHSA) said it was unfortunate that civil surgeons and medical officers in districts were being treated as ‘adeshpal’ (peons) by district magistrates. Also Read - CM Nitish Kumar to kick-off anti-liquor campaign ahead of ban on 'desi' liquor

“District magistrates, being the head of district health societies, treat civil surgeons and medical officers as their ‘adeshpal’ (peons),” BSHSA general secretary Dr Ajay Kumar said. Kumar added that thanks to officials, the entire health department had been outsourced and was being run by the state health society and the district health societies, dominated by the babus. Also Read - Lok Sabha Elections 2014: Bihar leaders beat the heat with juices and sherbets

In a statement here, BSHSA charged that the rule of executive business in the health department has become a serious casualty and is grievously affecting the medicare system in the state. It is one of the reasons why jobs in the Bihar health department have lost their shine and the new breed of doctors are reluctant to join the services, it said. According to BSHSA officials, there are inadequate number of doctors in the health department. “Bihar lacks nearly fifty percent doctors, who should be deployed at different hospitals and primary health centres,” they said. Also Read - Bihar midday meal: Nitish Kumar says it doesn't look like an accident

Contrary to Chief Minister Nitish Kumar’s repeated claims of an improved health sector, Bihar is trailing behind other states in providing a health delivery system. The government’s own latest data revealed that the number of hospitals and health centres in the state was very little. While only 45 percent of the required primary health centres were available for providing services, only 53 percent of required sub-centres were functional. At the same time, the condition of the referral hospitals remains pitiable. Out of 604 required referral hospitals in the state, only 70 were functional. Besides, the construction of new hospitals and health centres is also at a very slow pace. Out of 2,915 approved constructions, only 872 have been completed so far. 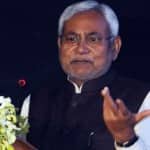 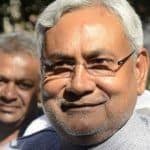