Home / Health News / Do you support the Planning Commission’s move to train quacks?

Do you support the Planning Commission’s move to train quacks?

In another controversial move that s sure to aggravate health activists and the ministry alike the Planning Commission has proposed to train registered medical practitioners or quacks, to ensure uni

In another controversial move that s sure to aggravate health activists and the ministry alike the Planning Commission has proposed to train registered medical practitioners or quacks, to ensure universal health coverage. Earlier the Planning Commission’s proposal to use private sector resources was also met with resistance. Also Read - World Health Day 2019: Your ultimate medical insurance guide

Affordability, accessibility and quality are three pillars of UHC. The challenge is to fill the gaps especially in rural areas where there is a problem of trained manpower. We would like to train traditional midwives and RMPs some people call them jholawala doctors or quacks to be used because they have been providing services in remote areas all these years. It is important to respect and use what we have. The XIIth plan document talks about this need, Syeda Hameed, a member of the commission, told a leading daily. India, according to the commission, had 26,329 docs in the public sector and it needs around 1, 09,484 a staggering shortage of 76%. Also Read - Intensify universal health coverage--WHO to all South East Asian countries

The health ministry had earlier planned to train rural healthcare workers but the MCI felt that would be akin to leaving the rural population in the hands of quacks. Now, the ministry has renewed efforts to push it through with a different name. Inside sources claim that idea didn t receive much enthusiasm. It was, in fact, seen as a move that would derail states efforts to crack down on quackery.

Hameed admitted that idea was met with derision by the Health Ministry and anticipates stiff resistance from docs and the MCI as well. She, however, added: Supplementing the public sector is important and since they themselves will not go and work in boondocks, we need to weigh all options. States, she added, would be required to invest in a management information system so that health data is easily accessed. Though we tried to give states greater flexibility in the XIIth plan… there is a need to evolve a formula where laggard states like Bihar and Uttar Pradesh get extra funds. Right now the system is such that states like Tamil Nadu and Kerala, which have good healthcare systems in place, get most of the money, she said.

The answer to looking young could be in sea animals! 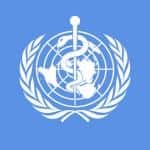 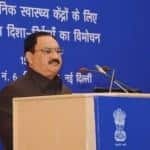