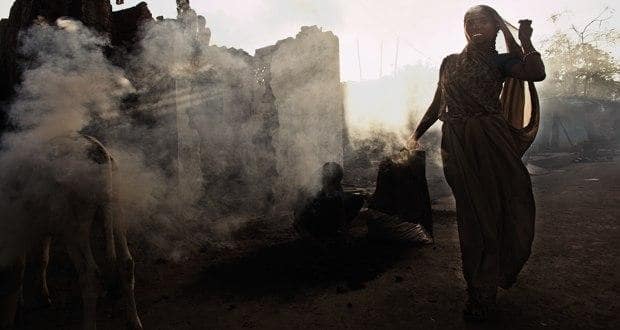 28 years after the Bhopal Gas Tragedy, the toxic waste is still lying around the abandoned factory. The Supreme Court has now given six months to the central and the Madhya Pradesh governments to dispose it in a scientific manner without causing further damage to people's health and environment in Bhopal.

A gas leak from the factory Dec 2-3, 1984, killed thousands of people in the world's worst industrial disaster.

"It is indisputable that huge toxic material/waste is still lying in and around the factory of Union Carbide in Bhopal. Its very existence is hazardous to health. It needs to be disposed of at the earliest and in a scientific manner," said the court.

An apex court bench of Chief Justice S.H. Kapadia, Justice A.K. Patnaik and Justice Swatanter Kumar said: "We direct the Union of India and the state of Madhya Pradesh to take immediate steps for disposal of this toxic waste lying in and around the Union Carbide factory, Bhopal, on the recommendations of the empowered monitoring committee, advisory committee and the NIREH (National Institute for Research in Environmental Health) within six months from today."

The court directed that a meeting of environmentalists, monitoring and advisory committee members and officials of the central and state governments should be held within one month.

The court said that since the management of the Bhopal Memorial Hospital and Trust had now been vested with union health and family welfare ministry, both the governments would take steps for the dissolution of the trust that was managing the hospital.

"We direct that BMHT shall stand dissolved. All concerned to take steps in accordance with law, under which it was created and/or registered," the court said.

The court directed the Indian Council of Medical Research as well as the NIREH to ensure that research work was carried on with exactitude and the disbursement of its benefit to the gas victims.

"We do not permit the research work to be carried out by any private/non-governmental institution, except the ICMR and the NIREH," the court said.

The court said the environmental issues and matters covered under the National Green Tribunal Act, 2010, Schedule 1, should be instituted and litigated before the tribunal.

"Such approach may be necessary to avoid likelihood of conflict of orders between the high courts and the NGT."

"We direct that all matters instituted after coming into force of the NGT Act and which are covered under the provisions of the NGT Act...shall stand transferred and can be instituted only before the NGT. This will help in rendering expeditious and specialised justice in the field of environment to all concerned," the court said.

While transferring the 14-year-old plea related to the gas tragedy, filed by the Bhopal Gas Peedith Mahila Udyog Sangathan and others, to the Madhya Pradesh High Court, the apex court said: "We request the chief justice of the Madhya Pradesh High Court to ensure that the case is dealt with by a bench presided over by the chief justice himself or a bench presided over by the senior most judge of that court or any other appropriate bench."