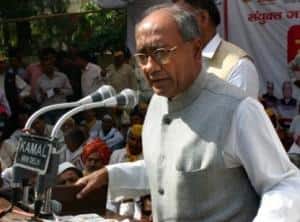 Congress leader Digvijaya Singh on Tuesday demanded a central government probe into the deaths of over 100 people during a drug trial in a hospital in Madhya Pradesh.

'A huge scandal has taken place in the Government Medical College where unsuspecting patients were made to undergo drug trials in which more than 100 people lost their lives,' Digvijaya Singh said in a letter to Health and Family Welfare Minister Ghulam Nabi Azad.

'Huge sums (of money) have been received by the doctors who have not folowed the government regulations in the conduct of drug trials,' said the letter, which was released to the media. (Read: Over 2,000 died during drug trials in last 4 years, only 22 received compensation)