A diet and exercise regime for high-risk obese pregnant women, while effective in promoting a healthy lifestyle, does not prevent gestational diabetes, says a study. Also Read - Early menopause ups your risk of osteoporosis by almost 56 per cent: How to deal with it

The results, published in the journal Lancet Diabetes and Endocrinology, suggest that programmes promoting healthy behaviours are unlikely to be effective in preventing diabetes in obese women. Instead, resources should be directed towards better screening and treatment, including the use of a more stringent threshold for diagnosis, the study said. Here s how you can avoid gestational diabetes Also Read - Breast Cancer Awareness month: Novel testing platform designed for breast cancer cells

An intensive diet and exercise regime alone cannot help reduce the risk of developing gestational diabetes in obese women, said lead study author Lucilla Poston, a professor at King’s College London. The study involved over 1,500 women, and half the women were placed in a control group given standard antenatal care and advice, whilst the other half were assigned to eight, weekly, health trainer-led sessions. Take these 5 simple steps to prevent gestational diabetes

Participants were given a handbook with recommended foods, recipes and physical activity along with a DVD of an exercise regime safe for pregnancy, a pedometer and a log book for recording their weekly goals. The exercise focused on increasing the amount of walking at a moderate intensity, and the women were advised to adopt a healthier diet by swapping carb-rich foods for those with a lower glycaemic index and limiting saturated fat intake. Read: Light exercise can help control gestational diabetes

Overall, 332 (26 percent) of all participants were diagnosed with gestational diabetes, but the study found no significant difference between the standard and intervention groups. However, the intervention led to other changes in the intervention group such a lower glycaemic load and fat intake along with higher levels of activity which were associated with reductions in pregnancy weight gain and reduced body fat. 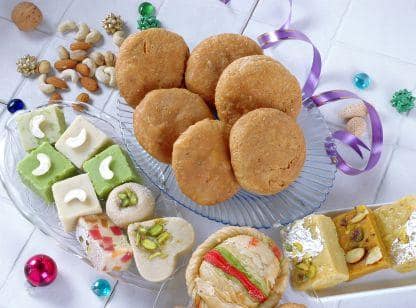 Kill all sweet cravings with a sweet attitude!