Home / Health News / Did you know your DNA can predict when you’ll have sex for the first time?

Did you know your DNA can predict when you’ll have sex for the first time?

While social and cultural factors are clearly relevant, we show that age at first sexual intercourse is also influenced by genes,’ said John Perry, researcher at the University of Cambridge in Britain.

What has DNA got to do with your first action between the sheets? A lot, say researchers, adding that there are 38 specific places in the human genome that may be linked with the age at which people first have sex. Interestingly, the researchers found that people with these variants were also 26 percent less likely to qualify for college admission and 33 percent more likely to start smoking. While social and cultural factors are clearly relevant, we show that age at first sexual intercourse is also influenced by genes, said John Perry, researcher at the University of Cambridge in Britain, in a paper that appeared in the journal Nature Genetics. (Read: A step-by-step guide on how to have sex) Also Read - AI detects new class of genetic mutations behind autism

According to a Los Angeles Times report, these 38 spots affect a range of genes, including some that seem to affect the timing of puberty and others that have been linked with risk-taking behaviour. To reach this conclusion, the team found 38 DNA pieces with the help of more than 125,000 contributors to the UK Biobank — a large-scale study that identifies gene changes that influence timing of sexual behaviour. The volunteers between ages 40-69 gave a blood sample for genetic analysis and also reported how old they were when they lost their virginity. (Read: First time having sex? Here s an all you need to know guide for men) Also Read - Did you know? Bacteria travels thousands of miles via air

The researchers analysed the data to find links between specific DNA variants and age at first sex. Thirty-three of the variants were found in both men and women, four were seen in men only and one uniquely in women. We show that a substantial proportion of variation in age at first sex is due to genetic factors, which likely act through a variety of biological mechanisms, the authors noted. The findings may help scientists identify teenagers who can benefit from programmes to promote healthy behaviours. (Read: 16 things all women should know about sex)

Brains transfers our memory to long-term storage while we rest 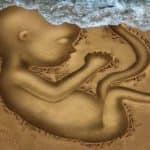