Tags: In the news  India

Twenty per cent of India’s population in the metros and above the age of 30 years suffer from the deadly duo of diabetes and high blood pressure according to a large-scale government study released recently. Over 4 crore people from across the country screened under the Government’s National Programme for Prevention and Control of Cancer, Diabetes, Cardio-vascular Diseases and Stroke (NPCDCS) has revealed that 6.34 per cent of the population is suspected to be suffering from diabetes and over 6 per cent are hypertensive. Also Read - Ganesh Chaturthi 2020: 4 reasons an eco-friendly Ganesha is good for you

Dr Upendra Kaul, Executive Director and Dean Cardiology, Escorts Heart Institute and Fortis Hospital says, Unless we take strict measures, the deadly duo of high BP and diabetes will continue to take a high toll of our population. It leads to heart attacks, brain strokes, chronic kidney and early blindness and is preventable by taking preventive measures early in life. Also Read - Proper nutrition policy can alleviate deaths associated with diet in India

The survey results in urban areas of the country, including Delhi, Bangalore, Ahmedabad, Chennai and Kamrup (Assam) has pointed out trends that almost 11 per cent people are suspected to be suffering from diabetes and 13 per cent are hypertensive.

According to doctors, high blood pressure (hypertension) can lead to and make worse many complications of diabetes, including diabetic eye disease and kidney disease. Most people with diabetes develop high blood pressure during their life. Compared to people with normal blood pressure readings, men and women with hypertension more often have coronary artery disease, strokes, blockages of arteries in the legs and feet as well as heart failure, says Dr Kaul. (No country for fit people – one in two urban Indian is obese)

Studies show that people with pre-hypertension have a two to three times greater chance over 10 years of developing heart disease and this becomes worse in diabetics. The risk of cardiovascular event in a diabetic is at least twice that that of a non diabetic at all levels of high BP. Usually high blood pressure is called a ‘silent killer’ because it has no symptoms and thus it is important to monitor it regularly, says Dr Kaul.

Diabetes is a metabolic disease which is characterised by high blood sugar levels. It can be caused either due to the lack of insulin (type 1 diabetes) or because the body s cells fail to respond to the insulin produced (type 2 diabetes). Some of the common symptoms of diabetes are hunger, frequent urination and increased thirst. While type 1 diabetes is usually genetic, type 2 diabetes is caused more by lifestyle factors. It is one of the common lifestyle diseases which is plaguing people in the developed countries and often has a causal link to heart diseases, hypertension and obesity. (Tackling the menace of diabetes)

Hypertension or high blood pressure is one of the most common lifestyle diseases. Blood flows through our arteries with pressure. This pressure is determined by the pumping of the heart as well as resistance to the flow of blood by the arteries. Due to genetics, high cholesterol or other reasons, the wall of the blood vessels get thickened leading to increased resistance for the blood to flow. This causes the blood pressure to go up causing hypertension. Elevated blood pressure is linked to a variety of diseases coronary artery diseases, heart diseases, stroke, kidney diseases, vision loss and erectile dysfunction. High BP can be curtailed by exercising more, eating right, with antihypertensives and by keeping stress at bay. (Hypertension – the silent killer) 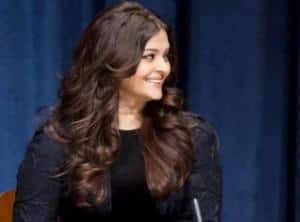 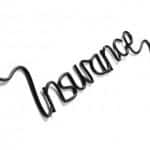 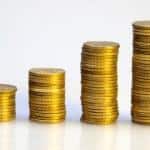 Swine flu in J&K: Sr. Doctor who was airlifted succumbs to swine flu in Delhi