Home / Health News / For your heart, depression may be as risky as obesity and cholesterol

For your heart, depression may be as risky as obesity and cholesterol

Depression accounted for nearly 15 per cent of the cardiovascular deaths.

The risk of death by cardiovascular diseases due to depression may be just as great as that posed by high cholesterol levels and obesity, a study has found. Worldwide 350 million people are affected by depression, according to the World Health Organisation. Our study shows that the risk of a fatal cardiovascular disease due to depression is almost as great as that due to elevated cholesterol levels or obesity, said Karl-Heinz Ladwig, professor at Technical University of Munich (TUM) in Germany. Depression accounted for nearly 15 per cent of the cardiovascular deaths. Also Read - Want to speed up your weight loss? Include barley water in your diet.

That is comparable to the other risk factors, such as hypercholesterolemia, obesity and smoking, Ladwig said, noting that these factors cause 8.4 to 21.4 per cent of the cardiovascular deaths. In the study, the team included 3,428 male patients between the ages of 45 and 74 years and observed their development over a period of 10 years. The researchers analysed the relationship between depression and other risk factors like tobacco smoke, high cholesterol levels, obesity or hypertension and how big a role does each factor play? The results show that only high blood pressure and smoking are associated with a greater risk. The study was recently published in the journal Atherosclerosis. (Read: Daily stress may put you at risk of stroke and heart disease) Also Read - World Stroke Day: 6 treatable risk factors of stroke

Seeing others 'vape' may boost desire to smoke 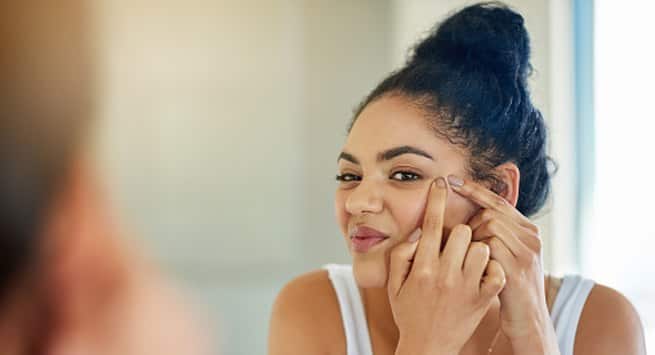