A swine flu patient died while 40 more people tested positive on Tuesday, taking the toll to 12 and the number of people infected by the Influenza A (H1N1) virus in the national capital to 834, an o

A swine flu patient died while 40 more people tested positive on Tuesday, taking the toll to 12 and the number of people infected by the Influenza A (H1N1) virus in the national capital to 834, an official said. “Forty more people tested positive for swine flu and one death has been reported today (Tuesday) from Deen Dayal Upadhyay Hospital,” a doctor at the Delhi Health Service (DHS) told IANS. Tuesday’s death takes the toll to 12 this month till Tuesday. In January, 39 cases were reported and one died. A spurt in cases of swine flu has been seen in the national capital this year. In 2012, only 78 swine flu cases and one death were reported in the capital. According to the Delhi government, 17 hospitals and five private hospitals are treating swine flu patients. Also Read - Spanish flu: 4 ways to limit its spread

'Anganwadi centres should have creches' 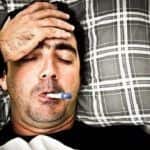