Home / Health News / Is type-4 strain of dengue responsible for over 1,259 cases in Delhi?

Is type-4 strain of dengue responsible for over 1,259 cases in Delhi?

Diseases like dengue wreck havoc every year affecting many. With the rising cases of the disease in the national capital, the health ministry had recently said that it was all ready to tackle the dengue menace and the efforts seem to have been fallen short. According to the latest reports, the number of cases in Delhi has touched a massive 1,259 till September –5 and it is the highest since 2010. According to the Municipal Corporation of Delhi (MCD), there were only 33 dengue cases till September 5 last year. For the same period, the number was 255 in 2013, 17 in 2012 and 104 in 2011. In 2010, however, the number was 1,512. Delhi has witnessed two dengue deaths this year. The latest figures follow a report from the All India Institute of Medical Sciences that said the Type 4 strain of the disease had emerged as the dominant type for the first time in Delhi, along with Type 2. While symptoms of Type 4 dengue include fever with shock and a drop in platelets, Type 2 causes a severe drop in platelets, haemorrhagic fever, organ failure and dengue shock syndrome. Read: 11 symptoms of dengue you should know about Also Read - 5 diet changes to control weight gain from PCOS

Ashutosh Biswas, professor of medicine at AIIMS, said it was too early to predict if there would be an outbreak but it was believed that Type 2 and 4 dengue strains were more virulent and aggressive. ‘To prevent dengue, one should not allow mosquito breeding at home and one who is infected should stay at home and not move around,’ Biswas said. Following the rise in the number of cases, the Ram Manohar Lohia (RML) Hospital has started a new 35-bed ward for dengue patients. Read: Keep mosquitoes away and prevent dengue with these tips Also Read - Dengue fever: Keep it at bay with these simple tips

‘The number of dengue cases are likely to increase definitely for a few more days,’ Sunil Saxena, head of the medicine and emergency department at RML Hospital, told IANS. ‘As the season has started becoming dry, mosquito breeding will recede. Once the breeding stops, the dengue cases will be lower,’ he said. Over a dozen faculty members and staff from AIIMS have also been reported to have contracted the fever and admitted to the hospital. 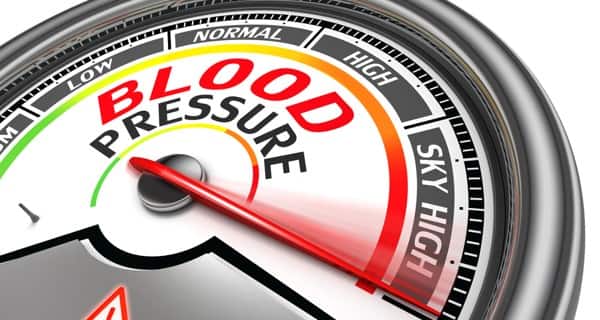 6 warning signs of high blood pressure you should NEVER ignore