Prime Minister Manmohan Singh, in a brief address on television on Monday, appealed to the people to maintain peace and calm, and said that ‘violence will serve no purpose’. He said action would b

Prime Minister Manmohan Singh, in a brief address on television on Monday, appealed to the people to maintain peace and calm, and said that ‘violence will serve no purpose’. He said action would be taken against the rapists who committed the ‘ghastly’ act on the 23-year-old woman. ‘There is genuine and justified anger and anguish at this ghastly incident,’ the prime minister said, adding: ‘I assure you that we will make all possible efforts to ensure security and safety of women in this country.’ Also Read - Happy birthday PM Narendra Modi: Healthy diet and fitness habits of India’s Prime Minister

The prime minister referred to the steps earlier announced by Home Minister Sushilkumar Shinde and said: ‘The home minister has already spoken about the steps being taken. We will examine without delay not only the responses to this terrible crime but also all aspects concerning the safety of women and children.’ Also Read - New Zealand PM blessed with a baby girl

‘Our government will keep you informed of the steps taken. I appeal to all sections of society to maintain peace and help us in our efforts,’ the prime minister said, adding: ‘As a father of three daughters, I feel as strongly about the incident as any other. We will ensure justice is delivered in the case.’ Also Read - India's former PM Vajpayee admitted to AIIMS 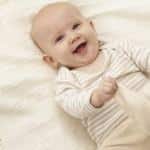 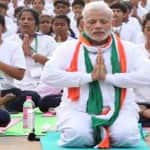 PM Modi urges citizens to include yoga in life