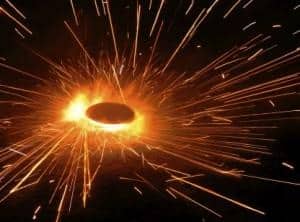 Delhi reported slightly less air pollution this Diwali as compared to last year, but much above the permissible limits. The assessment of air quality was carried out by the Delhi Pollution Control Committee at six locations across the national capital on Diwali night Sunday. Monitoring was done for the suspended particulate matters (levels of PM10 and PM2.5) and for gaseous pollutants like sulphur dioxide, oxides of nitrogen (NO, NO2 and NOx), carbon monoxide and ammonia. 'Concentration of pollutants started showing an increase after the bursting of fireworks started and increased till the early hours after which it slowly started reducing,' according to the analysis.

Different gaseous parameters showed increase during 8-11 p.m. on Sunday due to fireworks. 'Several anti-fire crackers campaigns seem to have gradual impact as the maximum limit for all pollutants except sulphur dioxide were observed below last year's max,' it said. The analysis said PM2.5 and PM10 have shown higher values than prescribed standards since last one week. 'The higher concentration of particulate is the result of dust suspended on roads due to higher vehicular movement in the city during Diwali apart from the already existing air pollution contributing factors like construction activity and trans-state movement of pollutants,' it said. The noise pollution monitored by the Central Pollution Control Board showed a mixed trend with increase in some areas and decrease in others.