The first verdict of the horrific Delhi gang rape is expected to be delivered today by a juvenile court. The horrific incident sparked a nationwide outrage and helped overhaul the archaic laws to deal

The first verdict of the horrific Delhi gang rape is expected to be delivered today by a juvenile court. The horrific incident sparked a nationwide outrage and helped overhaul the archaic laws to deal with sex crimes, the remnants of our long colonial rule. The case of juvenile was particularly shocking as he was one of the most brutal of the rapists and allegedly pulled out the girl s intestines with his bare hands. The maximum sentence a juvenile can face is three years in a reform centre. Also Read - Subtle signs that can predict relapse in bipolar disorder

Understandably, the public reaction has been one of shock but SC ruled that there was no question of reducing the juvenile age. The reason behind this is that the age of juvenile in India is set at 18 years by the Juvenile Justice Act of 2000 to conform to the United Nation s Convention on the Rights of the Child. This would mean that all juvenile offences would be tried by the Juvenile Justice Board and not the regular courts. This is done because juvenile criminals were often treated as harshly as adults and would turn into hardened criminals. This act looked to end child labour, reform marriageable age and improve the lives of children throughout the country. The act was passed only after consulting psychologists, legal experts and others but it seems that it has failed us badly. The law left many loopholes which would be exploited time and again. (Is it time to change our juvenile laws?) Also Read - 5 Ways to incorporate Feng Shui in your home to improve mental health

While the SC has considered a PIL where the plea is to grant discretionary powers to trial judges to transfer a minor s case to regular courts after considering the nature of the crime, civil and child rights activists warn of repercussions if the law is modified. Sending to prison minors who commit crimes because of the circumstances they grow up in would only turn them into hardened criminal, Flavia Agnes of Majlis told TOI. It is no solution to reduce crimes against women. We must examine the issue dispassionately and be kinder as a society and considerate towards children.

August 31: Juvenile Justice Board to announce its verdict today 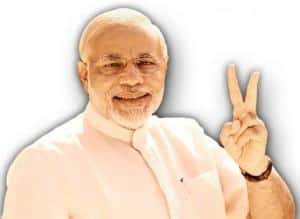 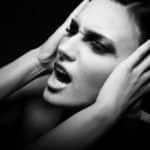 Mumbai gang rape: It's time to change our juvenile laws