The Juvenile Justice Board here Thursday decided to start from March 6 an inquiry against a minor accused in the Delhi gang-rape under charges of murder, gang-rape, kidnapping and robbery. Principal

The Juvenile Justice Board here Thursday decided to start from March 6 an inquiry against a minor accused in the Delhi gang-rape under charges of murder, gang-rape, kidnapping and robbery. Principal Magistrate Geetanjali Goel ordered an inquiry against the 17-year-old minor who claimed innocence and opted to contest the charges. The juvenile faces charges under the same 13 sections of the Indian Penal Code that were slapped on the other five accused whose trial is being held in a fast track court at Saket in south Delhi. Also Read - Actress accuses Mithun Chakraborty's wife Yogeeta Bali and son Mahaakshay of rape, cheating and miscarriage without consent

Read: Why we need to rethink our juvenile laws Also Read - Kathua and Surat rape and murder: Will castration of sex offenders stop rapes from happening?

A 23-year-old trainee physiotherapist was brutally gang-raped by the six men on a moving bus Dec 16, 2012. She died in a Singapore hospital Dec 29, 2012. The five accused, other than the juvenile who cannot be named for legal reasons, are: bus driver Ram Singh, his brother Mukesh, fruit seller Pawan Gupta, gym instructor Vinay Sharma, and bus cleaner Akshay Thakur. The charges were framed against the five Feb 2 in the fast track court. They are currently in judicial custody. The other charges framed against them are committing an unnatural offence, destruction of evidence, attempt to murder, dacoity with murder and common intent. 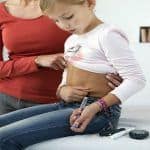 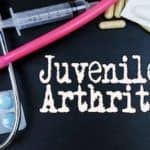