The die was cast for four men, whose merciless gang rape of a young woman in Delhi last December resulted in her death, when a fast-track court Friday sentenced them to death, calling it one of the 'r

The die was cast for four men, whose merciless gang rape of a young woman in Delhi last December resulted in her death, when a fast-track court Friday sentenced them to death, calling it one of the ‘rarest of rare cases’. The four men – Mukesh (26), Pawan Gupta (19), Vinay Sharma (20) and Akshay Thakur (28)- were convicted on Tuesday in the case that shook the nation and made world headlines. Also Read - Climbing stairs every day is good for your mental health and wellbeing

Additional Sessions Judge Yogesh Khanna on Friday said it is the ‘rarest of the rare case’ and has ‘shocked the collective conscience of the nation’. The judge said that ‘society has no tolerance for such crime’ and the court ‘cannot turn a blind eye to such gruesome crime.’ Also Read - Subtle signs that can predict relapse in bipolar disorder

The judge sentenced the four to death for murdering the 23-year-old physiotherapist. The judge Wednesday had found the four guilty on 13 counts, including murder, gang rape and dacoity.

As soon as the judge read out the sentence, Vinay Sharma fell down and started crying ‘Sir ji, Sir ji (please sir, please sir)’ addressing the judge. But soon the police took all the accused away. When asked for his reaction, Additional Public Prosecutor Dayan Krishnan said: ‘All I can say is that I have done my job. I have never seen brutality like this.’

He added that now the judgement will go to the Delhi High Court for the confirmation and the process take maximum 30 days. Mukesh’s lawyer V.K. Anand said: ‘We will appeal in the high court. This did not deserve death sentence.’

After the judgement was announced, there was loud cheering outside the District Court, Saket, where hundreds of people had gathered since noon.

The 23-year-old woman was brutally gang raped on a moving bus by six people, including a juvenile. The accused then threw her and her male companion out of the vehicle — without clothes — on the cold December night.

One of the six accused was found dead in a cell in Delhi’s Tihar Jail while a juvenile involved in the crime was Aug 31 sent by the Juvenile Justice Board to a reform home for three years, the maximum under the juvenile law. 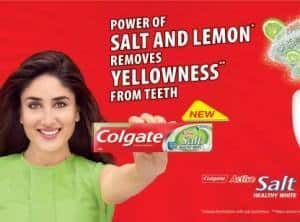