There hasn’t been a cure for Parkinson's disease, however, medications and surgery can control the symptoms dramatically.

Mr. Rao, 82-year-old was suffering from Parkinson’s for 11 years. The disease progressively worsened in the last 3-4 years and he could not do his day-to-day activities. He needed support to walk. It became so severe that his wife had to help him wear his footwear. Whenever he took his tablets he was active for a short duration of time but he also developed severe abnormal movements of his limbs, which was a side effect of the increased dose of his medicines. He was otherwise an active man with no memory disturbance. Also Read - Advanced MRI scans may improve treatment of Parkinson's disease, reduce risk of side effects

Mr. Rao was a regular patient and when he was seen in Feb 2018, the option of Deep Brain Stimulation(DBS) was discussed. Since he was one of the oldest in the country who was offered this therapy a detailed evaluation of his psychological status and memory was done in which he scored very high.  Family members were counseled in detail and were taken into confidence. Also Read - Autoimmunity's role in Parkinson's disease: Signs can appear years before diagnosis

He underwent DBS in February. He did very well during the surgery, which is an awake surgery and needed his constant interaction during surgery There were technical challenges during surgery in view of his age which were overcome successfully. He was discharged from the hospital on the 3rd day after the operation. Mr. Rao already showed significant improvement in his gait and symptoms. Also Read - High antibiotics use can increase your risk of Parkinson's disease : Study

A week later the battery was switched on and programming was done. He showed amazing response and got back his freedom to be independent again. His wife and family members noted the significant improvement he had and were happy to see him independent for his day-to-day activities.

Dr. Raghuram stated “Age is a chronological number. If the person is active and has no other co morbidities, DBS can offer a good quality of life even in elderly patients with minimal risk. The key to good outcome is a through pre-surgical evaluation and to do surgery in centers with experience.

Parkinson in the early stages can be controlled with correct diagnosis and appropriate therapy. Regular exercises both Physical and Mental are important in preventing progression of the disease once it is diagnosed”.

The second most common neurodegenerative disorder is Parkinson’s disease which creates a loss of dopamine-producing brain cells leading to progressive deterioration of motor function. Parkinson’s disease affects the movement through progressive loss of muscle control, resulting to trembling of the limbs and the head even while at rest. The condition gets worse after 15 years. In case these patients experience hallucinations and have severe motor control, they are prone to the risk for dementia. The rate of progression and its course differs among patients.

As symptoms worsen Stiffness, slowness, and impaired balance making it difficult to walk, talk or complete simple tasks causing fatal incidents.  Sometimes difficulty in swallowing can cause Parkinson’s patients to aspirate food into the lungs, leading to pneumonia or other pulmonary conditions.

There hasn’t been a cure for Parkinson’s disease, however, medications can control the symptoms dramatically.  Sometimes doctor may advise surgery or recommend lifestyle changes, especially regarding aerobic exercise. 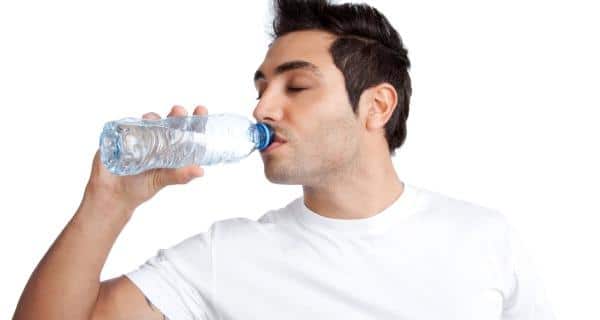 Colorectal cancer screening: Here is all you need to know