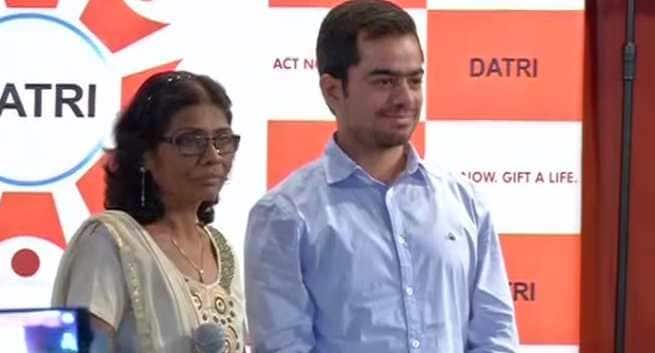 The dream of a donor inspires every day, everywhere and discovers the joy of giving and finds meaningful purpose of life. DATRI, India s largest adult unrelated Blood Stem Cell Donors Registry, organized a very special event on Friday at YMCA conference hall in Delhi, to celebrate the blood stem cell donor Akash Grover, a 29 year old who not just saved life of Manju Sharma, but gave back a loving mother to her children and family. In December 2014, Manju was diagnosed with Acute Myeloid Leukemia (AML) and had to undergo a blood stem cell transplant. When I got to know that none of my family members were a match, I was very apprehensive of getting a transplant from a stranger. But, I feel fortunate to have found a perfect match from a completely unknown person. I am thankful to this donor who decided to gift me a new life with his blood stem cells, says an emotional Manju, a mother of two. In 2014, Akash from Gurgaon registered as a donor when another patient s family had organized a drive while looking for a match in a drive conducted by DATRI. He was perplexed at the news of him been found to be a match when DATRI called. (Read: Stem cell therapy may restore normal bone structure, treat osteoporosis) Also Read - A new stem cell therapy promises to heal injured heart

The moment he received the news, like any other youngster of this generation, he searched on the internet to know more about blood stem cell donation. Once he was convinced, he readily went ahead to be a lifesaver for a stranger he has never met or known. When my little effort could save one s life and I being the chosen one, I had no questions but to do it, says a beaming Akash. One should not be scared of donation because there is no harm and damage to your body and organs either. It is totally saved and the best thing is you are saving somebody s life and you have a proud moment after that, added Akash. As per the registry protocol, the identity of donors and recipients are kept anonymous for one year. Both the recipient and donor expressed their desire to meet each other. So, when the doctors declared Manju completely cured, DATRI facilitated the meeting between the two and their families. A selfless act, to come forward and donate blood stem cells to a complete stranger is a priceless form of giving. The special occasion was to celebrate the selfless giver and the courageous spirit of the recipient who waded through all adversities. (Read: Scientists develop a new method to harvest stem cells with fewer side effects to the donor) Also Read - New therapy may help treat Parkinson's disease

Such an occasion is an additional motivation to work harder and make the registry grow. The joy that a recipient s family receives and the satisfaction a donor expresses is in itself a testimony of hope. As a registry, we are immensely motivated to spread the awareness on the significance of becoming a blood stem cell donor so that, many more lives can be saved, said Raghu Rajagopal, Co-Founder & CEO of DATRI. Usually there is no side effect but occasionally, some patients feel back-ache because of the injection or maybe minimal mild fever which can be control. These side effects can happen during the process of injection and the stem cell collection. But later on, in long term, there is no side effect and no adverse effect to the donor. There is no change in the life of the donor because of the process, said Dr. Naren Agarwal, Hematologist and Bone Marrow Transplant Physician, Rajiv Gandhi Cancer Institute, Delhi. (Read: Be a superhero, be a stem cell donor save a life (Expert Interview))

At the event, three other donors were also given a certificate of appreciation. According to a recent survey, Delhi, the capital of India, is the second most populous city in the world with a total population of about 25 million inhabitants. However, it is appalling that only 4,391 donors are registered with as potential blood stem cell donors till date. These numbers are very less compared to other cities in the country. This definitely calls for more awareness in the city, about the importance of saving lives through blood stem cell donation for blood cancer patients. For a patient suffering from fatal blood disorders like blood cancer, a blood stem cell transplant is the only hope of life. The probability of finding a matched blood stem cell donor is 1 in 10,000 to 1 in 2 Million. Every match is close to a miracle. If a match is found, that donor is probably the only person who can save the patient. Founded in 2009, with a vision to help every patient seeking a blood stem cell donor find a healthy, willing, genetically matched donor. Today, DATRI has more than 1,48,000 registered voluntary donors, and has facilitated 196 stem cell donations including 19 donations for international patients. DATRI works with 11 collection centre and has serviced 39 Transplant Centre across the world. This not-for-profit organization is registered with Bone Marrow Donors Worldwide and is a member of World Marrow Donors Association. 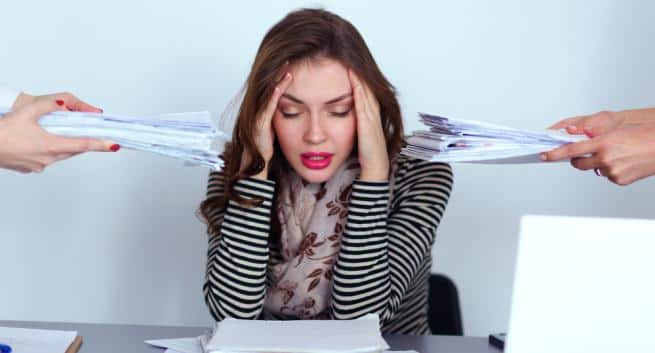 Extreme stress levels in women may reduce their chances of conceiving