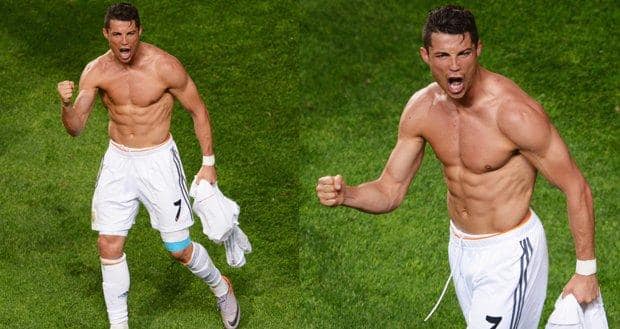 The FIFA World Cup 2014 in Brazil is going to the arena of the world's greatest football stars and they don't come more gladiatorial than Cristiano Ronaldo, the Real Madrid forward. All eyes will be on his personal duel with Lionel Messi to claim the tag of the 'greatest footballer ever' which will be bestowed upon them if either of them lead their national team to a World Cup victory.

While Messi has overshadowed his rival for the last few years, this year was all about Ronaldo as he dramatically helped his country qualify for the World Cup before leading his club to a historic tenth European Cup or as the Madristas call it 'La Decima'. CR7 finally seems to have broken free of his great rival's shadow in the last year and it didn't happen by chance because Ronaldo epitomises the qualities that define the perfect athlete. And believe us he wasn't born with that body. 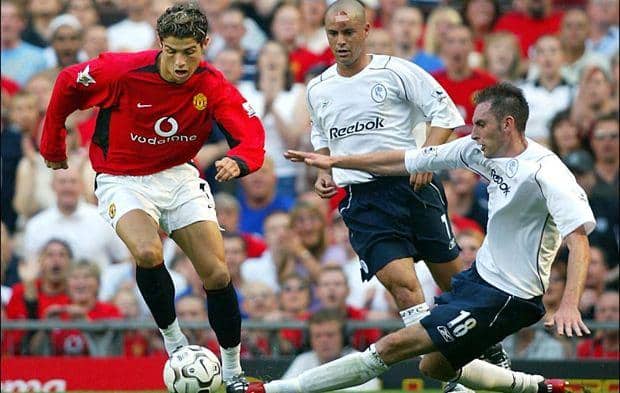 When he first came to Manchester United, Cristiano Ronaldo looked too skinny to take on some of the strong defenders in the English Premier League. However, he soon worked on his weaknesses. Deadlifts, power cleans, Olympic lifts along with other strength workouts done quickly made him get closer to the vision of a perfect footballer's body that he had in mind.

'I would say, physically, he is the perfect specimen. From his height to his natural body type, muscular structure, how much fat he's got in his system, his endurance capacity, flexibility, power and strength they are in perfect balance. He had in his mind, 'I need to make myself special and I'm going to have to learn everything I need to become special. I'm going to have to regiment my day and my week, months and years and become as good as I can be by every possible means.' He had a plan', Mike Clegg, United's former power development coach told BBC.

In fact, a documentary done by Castrol found that Ronaldo could sprint like a sprinter, hit balls at breakneck speed, jump as much as a basketball player and had a footballing mind which allowed him to head the ball into goal in the dark!

Here's a peek at the world's greatest footballer's regime:

Ronaldo works out five days a week according to the schedule of the game and follows a strict regime training for three to four hours a day! To maintain the his fat levels (maintaining less than 10%), he practises for 3-4 hours daily, runs around 25-30 minute every day to boost his cardiovascular health , and also does sprinting drills explosive and high intensity exercises. Of course, Ronaldo has to keep in mind that he doesn't bulk up too much since his agility and pace are his most powerful weapons. Here's a look at his training regime on different days of the week:

In 2009, British paper Daily Star released a piece reporting that Cristiano Ronaldo had a 3000 sit-ups daily routine (3.000 abs per day), even quoting a close source to Ronaldo saying: 'He can spend well over an hour every day toning his abs, sometimes while watching TV.' However, mere mortals should remember that sit-ups and crunches will be useless to you bring down your body fat percentage to such crazy levels.

Along with exercising, Ronaldo follows a very strict eating regime which ensures that he is always in prime condition. This includes six small meals a day which usually starts off with cheesy toast and fish fry for breakfast because footballers really need the carbs. This is followed up by a protein shake and fruit juice. Lunch usually consists of cheese, brown rice, wheat toast, green vegetables and olives. In the evening he has a lemon juice, fruit juice or coffee while dinner consists of white rice with pulses and something protein filled like chicken, eggs, turkey, lean cuts of beef or pork, whey protein and beans.