Coronavirus in India mapped: How’s our country handling the outbreak?

As of March 12, the Union Health Ministry has confirmed a total of 73 cases of COVID-19 in India, including 17 foreign nationals. Read on to know the measures taken by the Indian government to tame the deadly coronavirus from spreading. 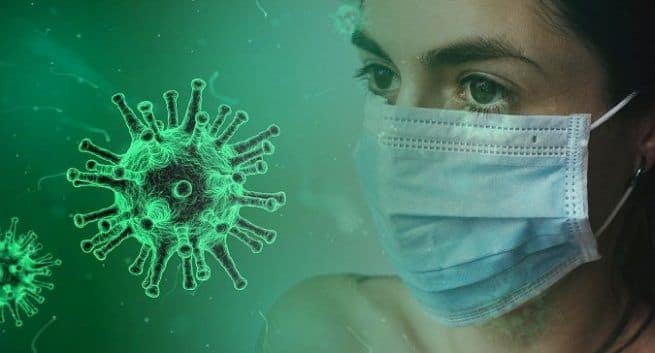 If you have symptoms of coronavirus, wear a mask to protect others.

As of March 11, the new coronavirus has infected more than 118,000 people in 114 countries, and claimed 4,291 lives – according to the WHO.  The virus first emerged in China’s Wuhan on December 31 last year.  The World Health organisation (WHO) has already declared the coronavirus epidemic as a global health emergency. Also Read - 'Coronil is evidence based medicine': Ramdev's Patanjali issues fact check response to IMA

As of March 12, the Union Health Ministry has confirmed a total of 73 cases of COVID-19 in India, including 17 foreign nationals. Of these, maximum cases (17) are reported from Kerala, followed by Haryana (14) Uttar Pradesh (11), Maharashtra (11) and Delhi (6). The other confirmed COVID 2019 cases across India include  Karnataka (4), Rajasthan (3), and Union Territory of Ladakh (3). Also Read - COVID-19 vaccine for above 45: How to register and who is eligible? Everything answered

There are also one confirmed case each from Telengana, Tamil Nadu, Union Territory of Jammu and Kashmir, and Punjab. Also Read - Hospitalised COVID-19 patients with sodium imbalance at high risk of respiratory failure, sudden death 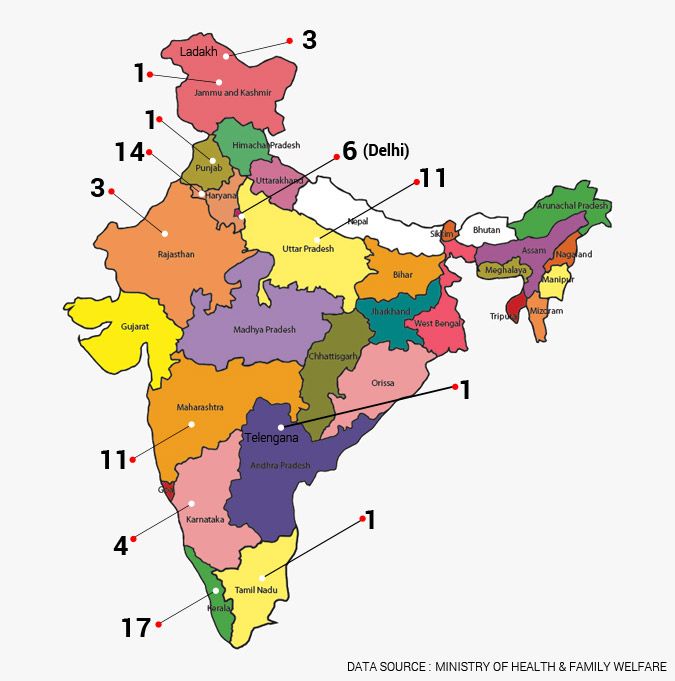 With coronavirus cases rising alarmingly in the country, both the central and state governments have taken various precautionary measures to prevent the spread of the disease. Here’s a look at some of the measures deployed in India to contain the spread of the virus:

The Indian government has suspended visas to German, Spanish and French nationals. People with travel history to Italy, S Korea will also need a ‘negative’ Covid-19 certificate to enter India.

The health ministry made screening mandatory for all foreign nationals since March 4. The precautionary measure is strictly is followed in most airports now.

Preparedness at the national capital

Chief Minister Arvind Kejriwal has formed a special task force for all 11 districts. According to the CM, isolation wards have been created in 19 government and six private hospitals.

Thermal scanning of all passengers landing from abroad is being conducted at the airport, Kejriwal added.

The Delhi government has also asked head of departments, autonomous bodies and municipal corporations to suspend the biometric attendance system.

Elsewhere in the country 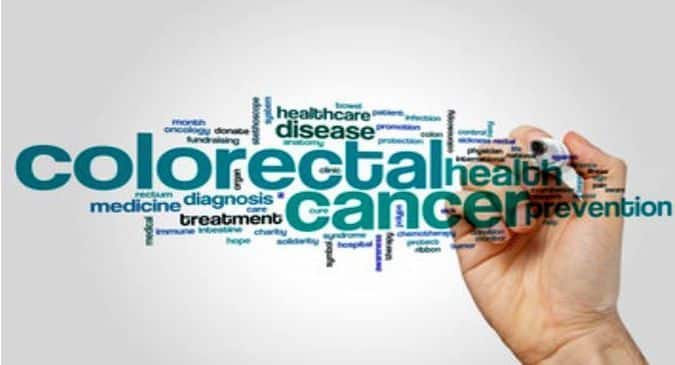 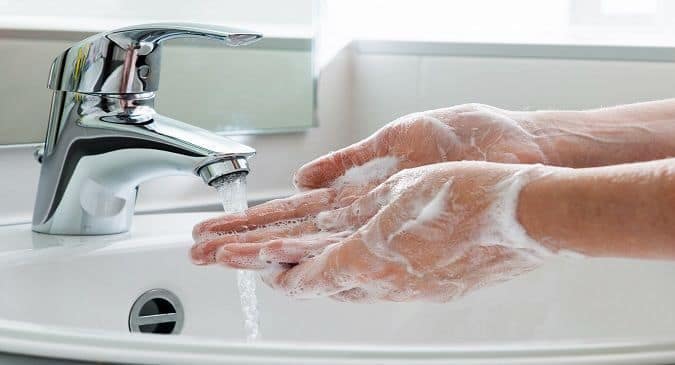 Coronavirus prevention: 4 hand washing mistakes to avoid if you want to keep this infection at bay