Comedian Billy Connolly has been operated on for prostate cancer and diagnosed with early-stage Parkinson's disease, a press statement posted on the 70-year old star's website said on Monday. 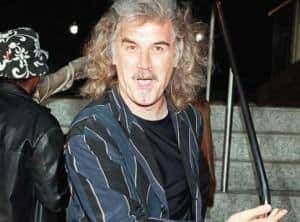 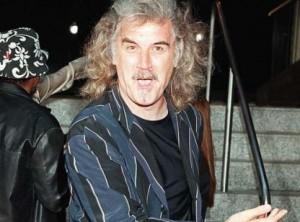 Comedian Billy Connolly has been operated on for prostate cancer and diagnosed with early-stage Parkinson’s disease, a press statement posted on the 70-year old star’s website said on Monday. Also Read - Ganesh Chaturthi 2020: 4 reasons an eco-friendly Ganesha is good for you

Connolly, famous in Britain for his stand-up comedy shows and internationally for roles in Hollywood films including Disney Pixar’s ‘Brave’, underwent minor surgery in America for prostate cancer. The operation was successful according to the statement but he has been additionally diagnosed with Parkinson’s disease, an incurable degenerative illness which causes tremors, forgetfulness and slow movements in sufferers. ‘Billy has been assessed as having the initial symptoms of Parkinson’s disease, for which he is receiving the appropriate treatment,’ the statement read. ‘Billy has been assured by experts that the findings will in no way inhibit or affect his ability to work.’ Also Read - Weight loss diet: How to eat healthy in a restaurant when you want to lose weight

Around 127,000 people in Britain suffer from Parkinson’s disease with only drugs and other treatments available to manage the symptoms of the illness, which can also include memory loss. In April, Connolly told an audience in Belfast that he repeatedly had gaps in his memory according to Northern Ireland’s The Record newspaper. ‘This is … terrifying. I feel like I’m going out of my mind,’ he told an audience at one of his shows. Born in Glasgow, Connolly started working life as a welder in the city’s shipyards and initially achieved fame on the Scottish folk music scene before concentrating on comedy. He appeared in the 2012 film ‘Quartet’, directed by Dustin Hoffman, was lead actor in ‘The Man Who Sued God’ and has toured several countries including Australia, New Zealand and Ireland performing to thousands of comedy fans.

Parkinson’s disease is an illness, which affects the brain, in which certain nerve cells, which play an important role in motor functions of the body, are lost or die. The loss of nerve cells takes place slowly over time and gradually spreads to several areas of the brain, as a result, new symptoms gradually develop over time and the initial symptoms become more difficult to control. (Read more: Parkinson’s Disease what you need to know)