Clinical depression is the second biggest disability in the world! 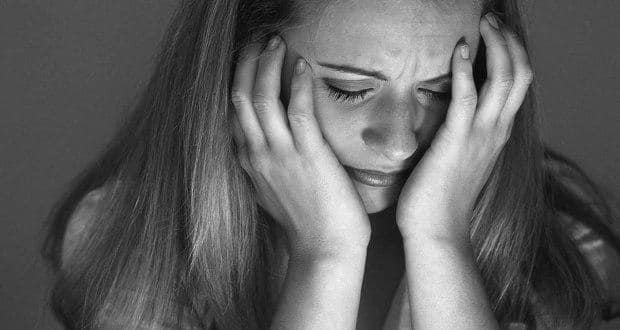 Clinical depression is the second-leading cause of global disability after back pain, according to a research study. Also the authors found that depression was second only to lower respiratory infections when it came to inflicting the most years of disability throughout the study world. The study also found that rates were highest in Afghanistan and lowest in Japan, while the condition was also pretty debilitating for people in Central America and Asia.

The authors of the study believe that the global prevalence of depression was 4.4% and the rate was higher for women (5.5%) than men (3.2%).

'These findings reinforce the importance of treating depressive disorders as a public-health priority and of implementing cost-effective interventions to reduce their ubiquitous burden,' wrote lead author Alize Ferrari, a researcher at Australia's University of Queensland, and colleagues.

Of course the quality of the data can be questioned since authors had to estimate rates in countries where there was no or very less data. The study also showed a very high link between depression, suicide and also ischemic heart disease. The global burden of depression has been increasing steadily over the last few years with the increase in population, more unhealthy lifestyles and longer life expectancy. Between 1990 and 2010, the global burden of depression increased by almost 38%.

'This has important implications for global health, especially in developing countries where increased life expectancy due to better reproductive health, nutrition, and control of childhood infectious diseases means more of the population are living to the age where depressive disorders are prevalent,' authors said.

Sadness is part of the life without which happiness would have no meaning. To feel sad during major life crises like the death of a loved one, losing a job or the ending of a relationship is normal. Depression on the other hand is a condition where there is prolonged sadness and an individual's mood isn't tied to life events. While healthy individuals have moods related to life events, people suffering from depression suffer from disproportionate amount of sadness and guilt. It is a serious medical condition in which the symptoms make it difficult for the person to function in society, often leads to poor physical health and severe emotional pain.

One out of every 20 people you know probably suffers from depression. The numbers are hard to pin down for a mental illness like depression because the symptoms are seen as a continuation of everyday-life behaviour. However, considering that 1.8 lakh Indians commit suicide every year and there are 20 times more attempts, which mean at least 36 lakh people in India are surely suffering from major depressive disorder. Read on

Loved this article? Vote for www.thehealthsite.com for the 'Website of the Year' Award and stand a chance to win goodies. Don't forget to activate your vote from your inbox.