The death toll in china seems to be on the rise. It has been reported that the number of people affected with H7N9 avian influenza, or bird flu risen to 91, with four new cases being found in Jiangsu

The death toll in china seems to be on the rise. It has been reported that the number of people affected with H7N9 avian influenza, or bird flu risen to 91, with four new cases being found in Jiangsu and Zhejiang provinces. Seventeen people have died of the flu so far. Also Read - Avian influenza: Fresh bird flu case reported in Delhi

Also Read - Avian Influenza: Cooking poultry at or above 70 degrees may kill the bird flu virus

Confirming the upswing in the bird flu cases in its daily update , the country’s national health and family planning commission said of the total, seven H7N9 patients have been discharged from hospitals, Xinhua reported. The other 67 patients were being treated in designated hospitals, it said. Also Read - Developed: Vaccines to protect chickens from two new strains of avian influenza

A total of 32 cases, including 11 that have ended in death, have been reported from Shanghai city alone. The country officially confirmed the occurrence of humans infected with the H7N9 virus late last month. According to the commission, China’s confirmed H7N9 cases are isolated and there has been no sign of human-to-human transmission.

H7N9 bird flu is a form of avian flu that is spread from infected poultry to humans. In the name given to the disease, the H7 stands for haemaglutinin or HA. Haemaglutinin is a glycoprotein found on the surface of the influenza virus. Its main function is to cause the agglutination (clumping of particles/cells) of blood. HA has 17 different parts and they are labeled as part H1 to H17. H7 is the type ofhaemaglutinin found in this particular virus. The N7 stands for Viral neuraminidase, its main function is to help viral DNA enter the patients cells and cause infection. Like Haemaglutinin, Viral neuraminidase also has a number of parts and N9 is the type of neuraminidase found in this particular virus.

To know how this disease can affect you? Click here

Hookahs not a better alternative to cigarettes: Scientists 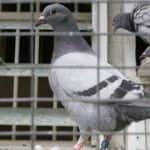 China bird flu: 31 cases in Shanghai, authorities still in the dark about transmission