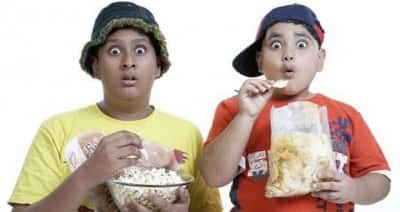 When 12-year-old Madhu (not his real name) was diagnosed as obese— he weighed 98 kg when his ideal weight was 55 kg — there were no obvious medical issues, except a faulty diet and lack of exercise. After counselling and improving his diet, the Madurai preteen, 160 cm or 5.2 ft tall, lost eight kg in four months. At the age of 15, stressed from board exams, Madhu’s weight ballooned again— this time to 108 kg. Also Read - Newborn fat: Here’s why you shouldn’t ignore it

Guided by his doctor, he exercised more, learnt how to deal with exam pressure better, got more sleep and cut out junk food. A year later, he weighs 79 kg, feels more confident and is doing better at school. Obesity plagues India’s affluent, as IndiaSpend has reported, and it transcends socio-economic differences when it originates in childhood. Social and environmental factors are the driving forces behind childhood obesity in India, explained a 2015 study. Also Read - Parents, take note! Tall children have higher risk of developing obesity

Childhood obesity affects both developed and developing countries and there are ’serious’ implications for future Indian generations without corrective action, said a 2010 Indian Council of Medical Research paper. Childhood obesity underestimated, afflicts urban, upper classes most. Stress does have an adverse influence on childhood obesity, but it can be reversed in a clinical setting with treatment. The key is to realise that children need help. Also Read - COVID-19 can lead to obesity in kids: Here are some effective weight loss yoga asanas for children

If your child is obese, then you can be certain that it’s not her fault, said V. Kumaravel, Consultant Endocrinologist and director, Alpha Hospital & Research Centre, Madurai.

When compared to boys, the proportion of obese girls was lower in younger age groups (below 12 years), but when they grew older (above 12 years), more girls were obese than boys their age, a global pattern.

Another finding is childhood obesity in India is underestimated, regardless of local or global growth charts, according to a 2014 paper based on Kumaravel’s research. Childhood obesity is higher among urban, upper classes than rural or middle and lower socio-economic classes, said another 2014 paper by Kumaravel and his colleagues.

* There is a correlation between lack of playgrounds and obese students.

* Teachers need to be made aware of childhood obesity.

The small, flabby Indian, and the thrifty phenotype hypothesis

You can blame the Indian predisposition to be smaller and flabbier than many other races on a history of poverty and deprivation, experiences now possibly coded into our genes, which make the body prone to horde fat. Indians in general are predisposed to obesity, cardiovascular disease and diabetes because of the genetically smaller builds, a condition called the thrifty phenotype,’ said Sriram Mahadevan, endocrinologist and researcher, Sundaram Medical Foundation and Sri Ramachandra Medical College, Chennai.

So, it’s best to monitor diet and exercise early. Monitoring should begin in early adolescence, preferably in between 12 and 15, said Mahadevan. Factors such as puberty should be considered,’ he said. Children have a rapid height spurt in this age. This natural growth can correct many issues related to childhood obesity without medical intervention.’

Awareness is important because India has sparse data on the prevalence and implications of childhood obesity, save for select regional studies such as Kumaravel’s.

In Chennai, private schools tended to have more obese children than government-run schools, according to a 2014 study by the Madras Diabetes Research Foundation and Dr Mohan’s Diabetes Specialities Centre.

Yet, there’s an increasing incidence in both rural and urban areas,’ said Mahadevan. Indeed, there is a correlation between a higher body mass index (BMI) — a marker for obesity — and hypertension in children, and a 2010 paper by the Amrita Institute of Medical Sciences, Kerala, found government schools, girls and rural areas as vulnerable.

The spread of obesity also indicates that genetics is only one determinant. How stress from poor parenting or broken homes can affect growth. In addition to burgeoning costs of treatment for medical issues that may last a lifetime, moderately and severely obese children have a host of psychological and emotional issues to deal with.

This data was confirmed by Kumaravel’s private studies, which found a correlation not just between obesity and psychological issues but growth. Poor parenting, a broken home, increased stress during those critical growing years pre-puberty, all these factors affected a child’s potential to attain his/her natural height,’ said Kumaravel.

While recording the height and weight of students they surveyed, Kumaravel and his colleagues noticed that stunted growth in childhood often goes unnoticed. They found children who battled anxiety at a young age didn’t always grow to their full potential. This was often overlooked because impaired growth isn’t a life-threatening issue that required immediate intervention. In separate research — yet unpublished — Kumaravel and his colleagues measured 22,580 children from 48 schools in and around Madurai (including Dindugal and Vadamadurai) in 2015 and found that five percent (448) were stunted, short for their age.

While only 118 followed up for treatment in a clinical setting, it was found that 58 of them had family problems,’ said Kumaravel. They either hailed from broken homes or were dealing with step-mothers, drunken fathers and other grievances.’ Of these, eight children had growth-hormone deficiencies, a condition that could be corrected with medication, which can cost a family up to Rs.200,000 per month — 87 of 118 children treated free as part of this pilot project regained some growth. 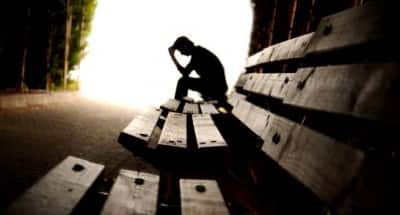 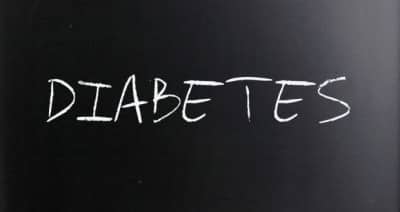