With global and national efforts to end preventable deaths of children under five years of age, child mortality worldwide has been on decline by half since 1990, a UN report said on Friday.According t

With global and national efforts to end preventable deaths of children under five years of age, child mortality worldwide has been on decline by half since 1990, a UN report said on Friday. Also Read - Ganesh Chaturthi 2020: 4 reasons an eco-friendly Ganesha is good for you

According to the ‘2013 Progress Report on Committing to Child Survival: A Promise Renewed’, last year approximately 6.6 million children, or 18,000 children per day, died before reaching their fifth birthday, Xinhua reported. Also Read - 7 reasons why the #BeefBan is good

This is roughly half the number of under-fives who died in 1990, when more than 12 million children died, according to the report released by the United Nations Children’s Fund (UNICEF), the World Health Organisation (WHO), the World Bank Group and the United Nations Department of Economic and Social Affairs/Population Division. Also Read - According to UNICEF, 1 out of 3 children under 5 are malnourished

‘This trend is a positive one. Millions of lives have been saved,’ said Anthony Lake, UNICEF executive director.

‘And we can do still better. Most of these deaths can be prevented, using simple steps that many countries have already put in place — what we need is a greater sense of urgency.’

The report said the reductions are attributed to more effective and affordable treatments, improvements in mothers’ nutrition and education, innovations in bringing critical services to poor and excluded people and sustained political commitment.

Some of the world’s poorest countries have made the strongest gains in child survival since 1990, the report said.

A few high-mortality, low-income countries — Bangladesh, Ethiopia, Liberia, Malawi, Nepal, Timor Leste and Tanzania — have already reduced their under-five mortality rates by two-thirds or more since 1990, according to the figures in the report.

East Asia and Asia Pacific leads the global trend in reductions in child mortality. Since 1990, the region has reduced its under-five mortality by more than 60 percent.

Unless progress is sped up, however, it will take until 2028 before the world meets the target set by the Millennium Development Goal (MDGs) to have the overall child mortality reduced by two-thirds by 2015, said the report.

It listed pneumonia, diarrhoea, and malaria as the leading causes of child deaths globally, claiming the lives of around 6,000 children under five each day. Undernutrition is also blamed for almost half of all under-five deaths.

Bizarre - women sells house to get gastric band, tummy tuck and other procedures before wedding! 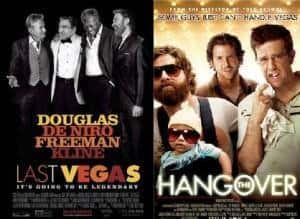 With the wisdom of old-age comes less hangovers!